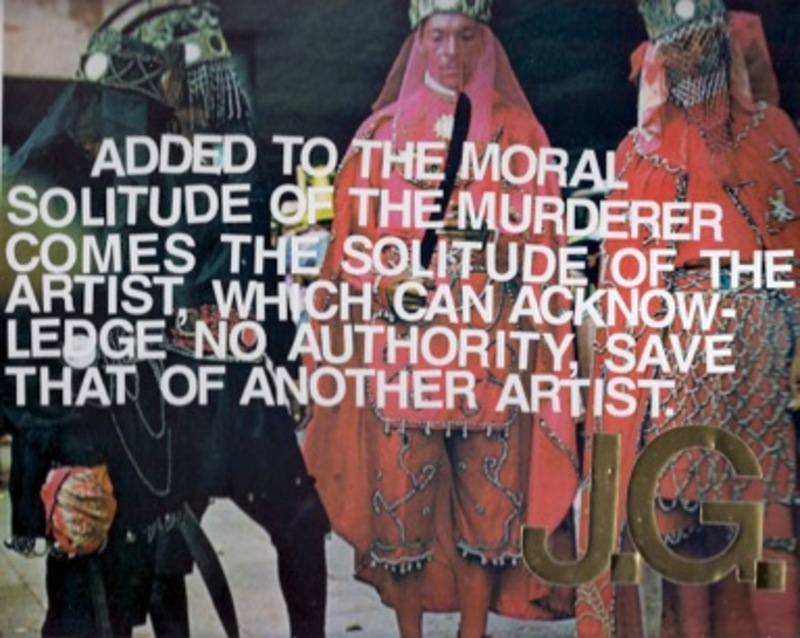 This is probably the third Steven Frost show I’ve been to this year. "Exploding Faces, [Confining Spaces]" and "Splay" presented two very different forms of work—collages and performance, respectively. As his past work suggests, Frost’s background lies in the material, fabrics specifically. He brings the attention for detail necessary in fabric work to a very diverse and active sculpture practice that comes to the fore with his newest work now on display at Robert Bills Contemporary. David Hartwell on the other hand was new to my eyes and showed great dexterity in conveying the emotion of memory in his photographic experiments on view in “Joint Disassembly.” 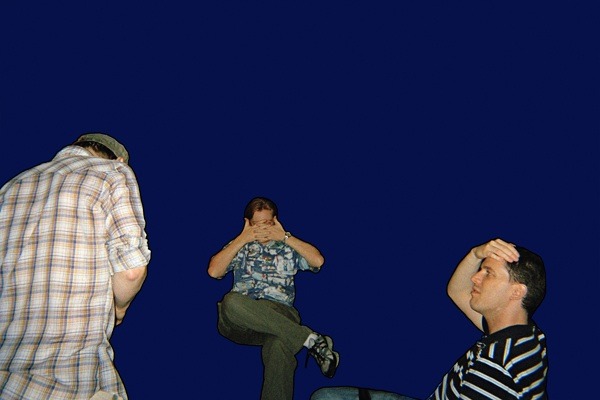 By blocking out people and forms in images, from parties in the past in 1818 Kalorama: BBQ for Tim 2008, a somewhat mythical world is gestured to. The monochromatic color choices as well as the drop shadowing around the single-color forms suggest to the viewer that the image should be read as a graphic image – the traditional realm of fantasy and dreams, an escape into the gauze of metaphorical dressing. The parts of the photograph that remain are made mundane in their spotlight, mere occupiers of a space created through absence. They become instead the negative space for those who have been made absent and projected in three dimensions, out of the moment in time that that the photograph represented. Perhaps it is something like the marker for a memory that refuses to present itself upon recall; just the bold outline, none of the content. 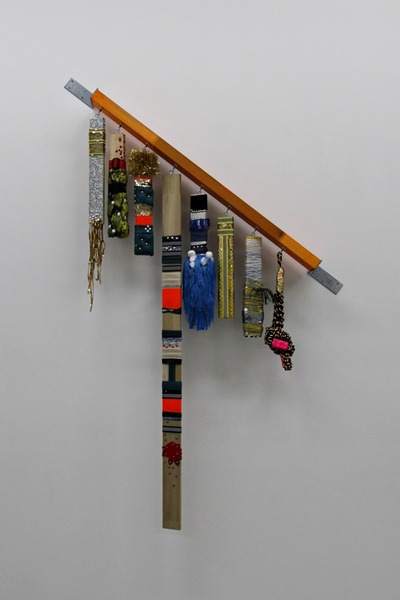 Frost’s work in this show also points to the realm of fantasy, though one of a more sexual and ritualistic nature, through his upholstered paddles that hang like ornaments, markers of time and experience. These paddles seem to present themselves as a refashioning through ornamentation and as a celebratory exhibition of the marginalized stemming from research he had done at Chicago’s Leather Archives & Museum. Frost said that the homemade sex toys and props that the Leather Archives have accrued over the years through donations by many people for whom the practice of bequeathing and inheritance have been interrupted are what inspired him to create the series of ornamental paddles in Naturally Precious and Eight Devices for Achieving Harmony in Bad Taste. The objects made by Frost evoke a story but in that limited way that ornamental objects often resemble objects with use value but stop short of telling stories through scars, signs of wear and duct tape fixes. Both artists’ work find common ground in this theme of the incomplete instigation.

The ritual nature eluded to by Frost’s paddles finds a harmony with Prayer for a Roadside Saint in which a woven image of three South Americans posing during a religious ritual that is at once Catholic and pagan is hung by a heavy wooden frame painted neon orange. A quote from Jean Genet overlays the image: “Added to the moral solitude of the murderer comes the solitude of the artist, which can acknowledge no authority, save that of another artist.”

Genet, as the enigmatic and controversial French writer and intellectual who believed in an active revolt by the marginalized, lends an urgent brutality to the otherwise ornate and bedecked objects with his presence. While Frost’s neon paddles and gold chains offer escape through the spectacular, the “highway billboard” of Genet’s quote reminds the viewer of the severity and necessity for the marginalized to produce artifice in the act of community building.