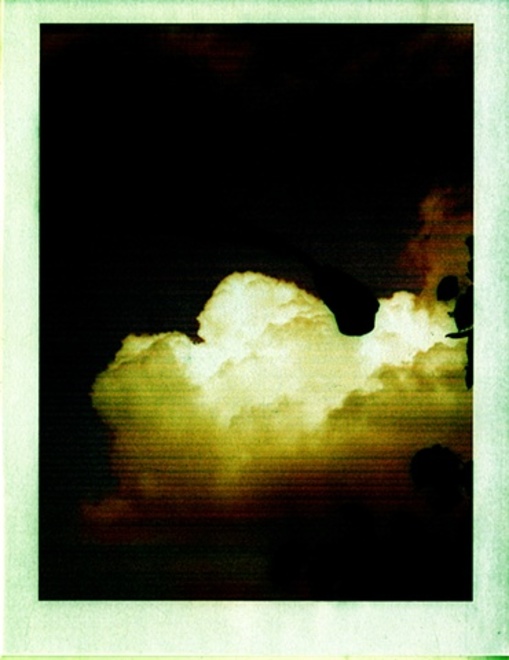 Preempting the glut of fall openings by a week, Julius Cæsar started the new season off with a solo exhibition from Steven Husby.  Long known for his work as a rigorous geometric painter with a fastidious eye to the most minute detail, Husby’s new exhibition, “Rubicon,” does indeed show him crossing into new territory with the display of his photography.

For the past several years Husby has been taking photographs regularly in addition to his painting practice, but this is the first time they have been publicly exhibited.  So it is something of a (good) shock to go from Husby’s razor-sharp formal geometries to photographs.  However the more one considers the images, the more the change in medium relates to his painting practice, particularly in the inkjet-on-canvas photos. 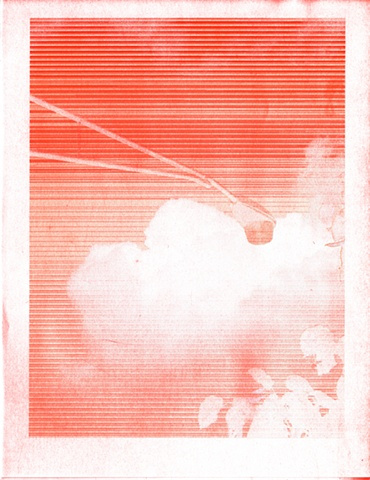 Three photos have been transferred to canvases by inkjet and are presented side-by-side, and like all the work in the exhibition these are untitled.  At first it is difficult to make out the subject, like the layout of a progressive color proof the colors are separated.  One image is only in red, the next a cyan-purple, and the final is black with a little green.  Only by mentally comparing all of them is one able to extrapolate a street light with a cloud behind it.  We’ve become accustomed to instantly perceiving a photograph, particularly as cameras are now completely ubiquitous via the camera phone. Husby slows that process of instant recognition down, which is where their relation to his paintings seems to begin.  Considered individually, each image verges on abstraction to a greater or lesser degree. Even though the viewer knows there is a recognizable subject contained there Husby makes you work to get that image.  The inkjet canvases also remain insistently flat, despite their photographic source.  Without the consecutive overlays of color, depth struggles to build up leaving an oscillation as the image begins to emerge only to recede due to lack of further visual information. Additionally there is a lack of specificity about the content; a billowing cloud can also appear as billowing smoke.  With the tenth anniversary of 9/11 only days away and the media coverage ramping up, Husby’s image can appear menacing, reminiscent of a smoke-choked Manhattan.  Like abstract painting the viewer brings in their own baggage to their reading, but Husby’s cloud is simply a cloud. 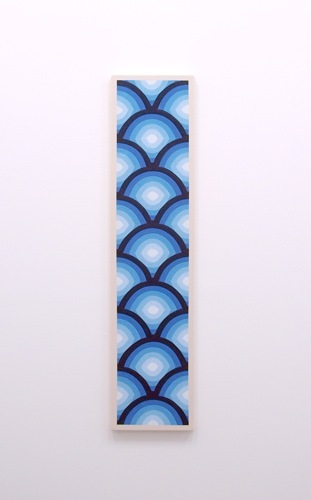 Complementing the photographs, Husby also presents new paintings.  A large black monochrome dominates an entire wall and is just simply gorgeous.  Unusually for this artist, the black field does have some impasto to it, whereas previously the artist’s application has been intensely smooth and flat. The other painting presented is a scalloped pattern with concentric rings shifting from whitish blue tones to black.  It recalls the gradients of Roger Brown and the way that artist painted hills in a scalloped pattern that verged on abstraction, though Husby’s abstract paintings here remain resolutely abstract.

With “Rubicon” Husby passes into productive territory that could open up the inquiries of his painting practice to new directions.  While Husby diversifies the media at his disposal, his new paintings are highly rewarding so it is reassuring to see him still engaged with and pushing the practice that he has developed so deeply over the years.  We will wait to see what lies beyond “Rubicon.”