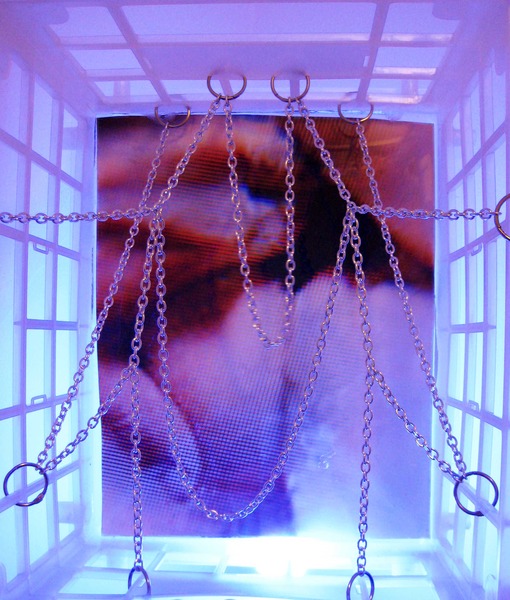 Artists constructed artifacts that seem to act as both traces of that fleeting moment of ecstasy, as well as metaphorical propositions for the locus of ecstasy and identity. Ivan Lozano’s sculpture, An Andachtsbilder (prying perception open), takes an image of anal penetration and constructs a sacred space around it, protecting it, entering it into the realm of the unreal and sublime. Andachtsbilder are traditionally used by Catholics to contemplate the divine and is literally translated from the German as “thought (directed towards/about) images.” Lozano focuses on the sublime and ethereal while representing the profane, thereby establishing a queer locus of devotion. 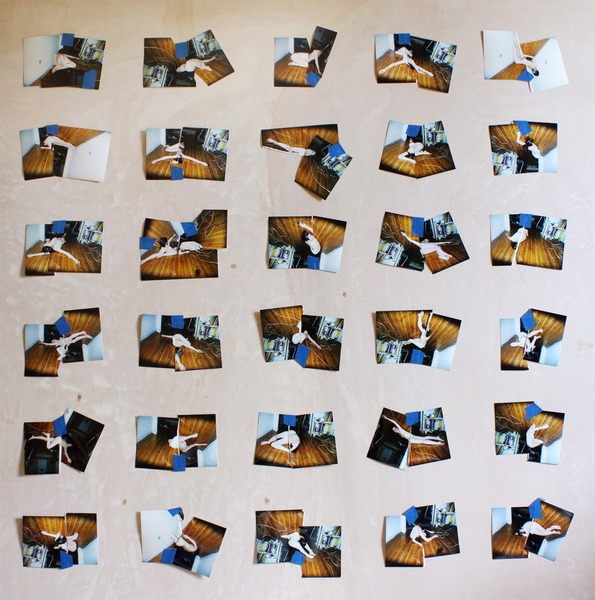 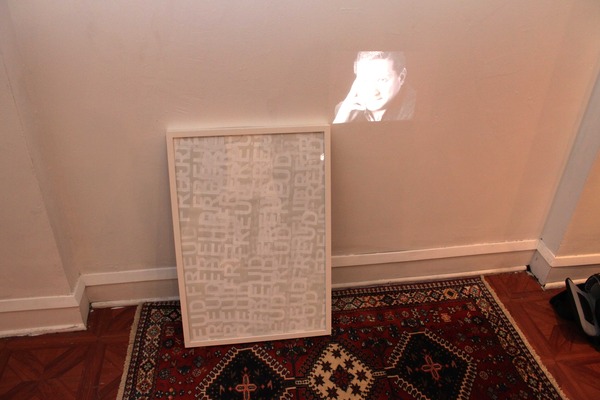 Yasi Ghanbari’s piece, Dreams, 2011, combines a screenprint of overlaid letters that spell “Freud” over and over again, with a projector flicking through pictures of actors' headshots who have played Sigmund Freud in film and television. More than homage to the father of psychoanalysis, the field that originated contemporary sexual discourse, Dreams speaks to the representation of sexual understanding in our society and calls forth the tumultuous acceptance and rejection of psychoanalysis as a science. In Carl Jung’s forward to his book, Freud and Psychoanalysis, he addresses the skeptics of the time with a prophetic quote from Faust:

Preposterous! You still intend to stay?

Vanish at once! You’ve been explained away.

Yet, Ghanbari’s piece reminds us, as do so many others in “Splay” that psychoanalysis, while diminished under the gaze of neuroscience, still holds sway over our metaphorical and discursive understanding of sexuality. Like the story about a boy who would be king and killed his father and laid with his mother before blinding himself out of grief, the “autonomic nervous system” just doesn’t stir the loins, it has much deeper implications.  Sexuality, due to a societal need to sublimate and reduce its appearance in everyday life (i.e. morality) while at the same time making reminders of sexuality omnipresent (i.e. advertising), must be approached through second-hand gesticulations and aphoristic reaches. The artists in “Splay” indeed explore, to the best of society’s ability, new possibilities in sexual representation.

Posted by Joel Kuennen on 8/29/11
Tags: sexuality sculpture mixed-media video-art performance photography
RELATED ARTICLES
COMMENTS (0)
ArtSlant has shutdown. The website is currently running in a view-only mode to allow archiving of the content.