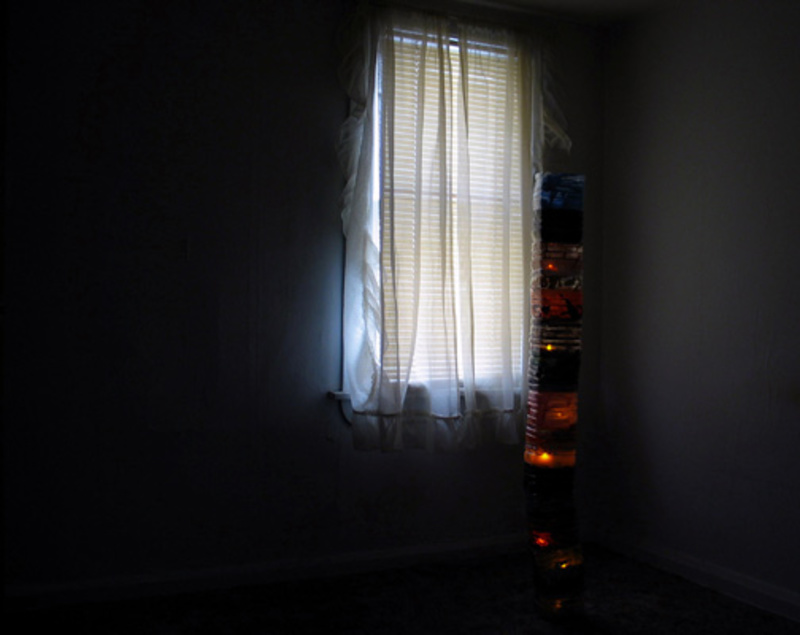 Antena (the Spanish spelling of “antenna”) is a project space run by Miguel Cortez of the now-defunct Polvo collective and magazine. Located in Pilsen, Antena has a history of presenting new and interesting work that has given it a reputation of excellent curation representative of young artists and emerging work at the intersection of genres most important to the contemporary moment. Mr. Cortez points to his laissez-faire approach to curating as the key to keeping artists and patrons interested in Antena.

“I allow artists to alter the space for their experimentation. Artists can paint the walls, put up bathroom tile (like the current show 'Renovation Creep') and even build walls. For a show about two years ago this artist wanted more wall space for his paintings so he had an L-shaped wall built. At the end of the show I left it in place for future artists to use.”

Antena is itself an apartment gallery following in the long tradition that has defined Chicago’s art scene for years. Both because of the prevalence of two large art school institutions that bring in a rotating cast of artists and curators, the apartment gallery is kept as a transient phenomenon. Cortez takes advantage of this through allowing the space to reflect each show. The apartment renews with each exhibition. 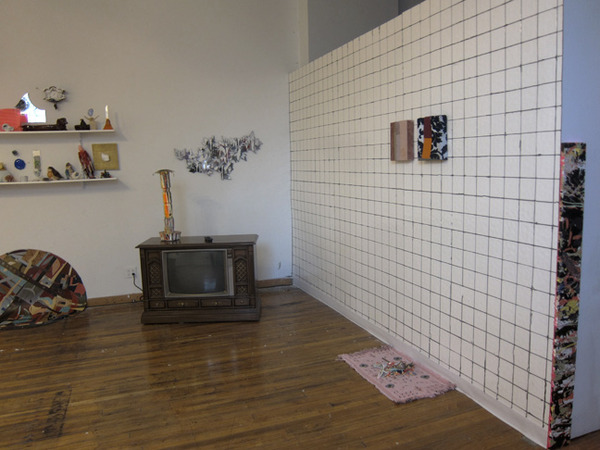 Much of the contemporary art scene in Chicago is a cloud of alternative gallery spaces that come into existence for a year or two and then disappear. Some transition into more permanent institutions, others are lost to time and the revolving door of the city. Sometimes, as is the case with Miguel Cortez, the closing of one space, Polvo, leads to the opening of another, Antena.

Cortez says of the consecutive galleries; “Both were very similar and it was just a natural transition. Polvo was run by a collective. Once the collective disbanded then I decided to continue using my apartment to showcase art under a different name.” The mission didn’t change however. What has changed is the frequency of shows as well as their make-up. “With Antena there are fewer shows a year and most are one-person shows (with the exception of the current show). Antena runs six to eight shows a year as opposed to twelve shows a year and more group shows during the Polvo years.”

“Renovation Creep” is on view (by appointment) until September 3rd and will be followed by an exhibition by a local group of female crafters called El Stitch y Bitch, following Antena’s mission “as a cultural space that transmits/broadcasts symbolically art ideas, new media and installation projects on a local and global scale.”

Closed Satellite
3/28/11
COMMENTS (0)
ArtSlant has shutdown. The website is currently running in a view-only mode to allow archiving of the content.