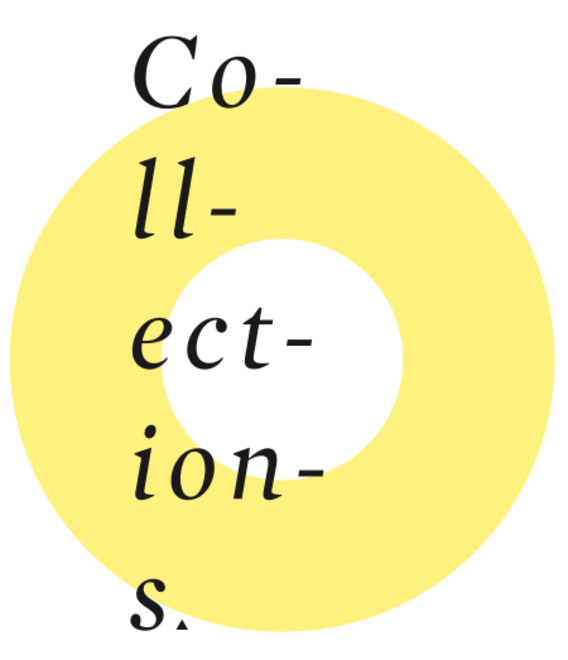 When you do as much as the Post Family does, the ephemera is bound to pile up. In the latest exhibition at Pilsen’s Chicago Urban Art Society, directors Peter Kepha and Lauren M. Pacheco invited the seven-man design collective to pillage drawers, closets, flat files, glove compartments, closets, desks, and shoeboxes for an exhibition of personal collections.

Though not surprising for a show built by professional designers, “Collections” is a remarkably well-put together show. The presentation is museum quality, with an eye for detail and unity of design that makes it a strong candidate for the best presented exhibition in Chicago this year. Though partially separate from the content of “Collections,” this quality alone makes it a necessary stop for any curator, director, or exhibition designer. 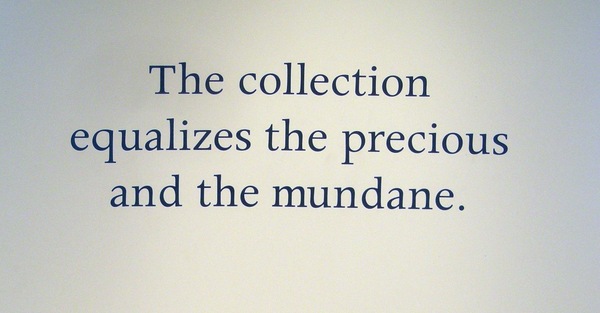 A large part of the presentation of “Collections” is the multiple didactics posted throughout the space.  Each presented either general theses of the show or described each artist’s concept beside his installation. While attractively built, these didactics get quick into some shaky critical territory, introducing the exhibition with the following thesis:

Individual Fragments are often trivial, but within the collection they become exquisite. The sum legitimizes its parts, elevating them from the everyday.

Unlike the permanent collection of an institution or museum, the personal collection exists despite cultural recognition and value.

The collection equalizes the precious and the mundane.

While any didactic presents a subjective interpretation of the exhibited work, the Post Family artists make some pretty big jumps in the above statements. Elsewhere it becomes clear that the entire exhibition is based on the notion that personal and professional ephemera can gain power and value by being organized for consideration within a gallery space. I can agree with that; but such an act isn’t really in opposition to the institutional approach to collecting.

When institutions collect, they do so in an attempt to create and preserve a particular history through acquiring objects related to that history. The objects selected are determined by the nature of the history being told. The collection’s material does not require cultural recognition for its value; rather it is the institution’s curatorial recognition, which, by the canonizing act of collection, gives historical value to a thing. 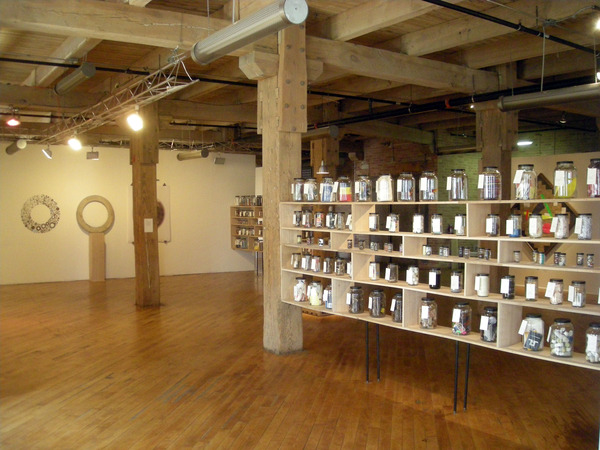 A private or personal collection of the kind on display at Chicago Urban Art Society operates on the exact same premises but with a different narrative. Every person experiences this kind of selection process in their own lives, perhaps most acutely when moving from one apartment to another.  With a carboard box to the left and a garbage bag to the right, the formerly mundane stuff that has built up in drawers and on floors becomes material for valuation and curation based on the current idea of one’s self: This desk is fundamental to understanding the history of my last girlfriend, but should it remain in my collection given the critical sea change in contemporary girlfriend identity?

Far from equalizing the precious and the mundane, a collection considers both necessarily.  Rather, it is the act of curating, the reorganization of one collection into a new collection, that makes one thing precious and another mundane—or, more accurately, one thing relevant and another irrelevant. Noticeably absent from “Collections” were the designers’ truly mundane collections of cigarette butts, digital pornography, student loan notifications, parking tickets, and un-recycled junk mail. 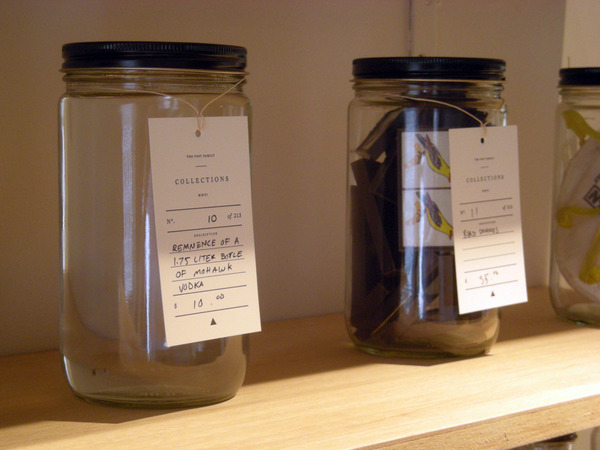 As for actual cash value, the apparent determination in “Collections” is made by the size of glass jar container, with larger jars of stuff tagged with comparatively higher prices than smaller jars of the same stuff. There are a few exceptions where personally precious objects are priced defensively, such as the jar of love letters selling for $2,500 or Chad Kouri’s $250 Lucky Dictionary, but these are rare. The tiered approach makes sense and is visually attractive, but I would have liked to see this element pushed further with more collections valued according to the importance of the objects to their owners.

Aside from the jars, works like Rod Hunting’s Dinner with Ron, Chad Kouri’s The Big One, and David Sieren’s circular triptych (titled individually as Perfect, Untitled, and Median) mix registers by incorporating found objects into more traditional art forms. In Hunting’s case it is by framing colored 3.5” floppy disks into abstract color studies. Among these works, a standout piece by Scott Thomas consists of a large canvas that had served as the designer’s whiteboard, with website layouts and user-experience flow-charts drawn and gessoed over many times in a faded history of Thomas’ generative process.

The single interactive piece, placed at the end of the circular tour of the Chicago Urban Art Society space, asks visitors to write or draw something in a blank book and leave something in a displayed jar. Turning the selection process over to the audience member, the piece echoes the exhibition’s elevation of the mundane by suggesting pocket lint, spare change, or paper scraps. I left a note and kept my lint, preferring my pocket change to remain on the market.

Steve Ruiz is an artist living and working in Chicago

Photo Report: Inside Dutch Design Week
10/23/14
COMMENTS (0)
ArtSlant has shutdown. The website is currently running in a view-only mode to allow archiving of the content.