If it is true that a rising tide raises all ships, then Art Chicago proved this year that lowered admission standards diminishes all the art on view.

Everywhere glossy and slick surfaces abounded, indicating just how shallow the “return to beauty” has turned out to be. As Joel Kuennen writes this week on ArtSlant: Chicago, nostalgia was exploited as repackaged in pure commodity to entice prospective buyers. Similarly there was a surfeit of photorealist paintings and still lifes this year almost all without a hint of criticality or irony, and almost none able to compete with even the lesser of their art historical antecedents.

Good art was lessened by being situated adjacent to the bad stuff and works that deserved more time and consideration were surely passed over because of it. 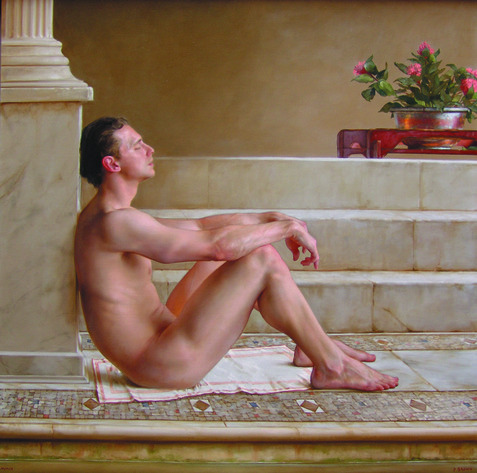 This problem was compounded by the choices the galleries made for themselves. Timothy Yarger Fine Art from Beverly Hills presented several stellar works from Louise Nevelson including Maquette for Celebration (1964) priced below $150,000, which bears a strong formal resemblance to Nevelson’s Dawn Shadows, a monumental sculpture that permanently resides in Chicago at 200 W. Madison Street. Yarger Fine Art also showed Nevelson’s Mirror – Shadow XXXXIII (1964), a small to mid-size, museum-quality piece priced at just over $250,000.

But then Yarger Fine Art also showed Robert Schefman’s photorealist painting Tourism, a silly picture of tourists gazing upwards wide-eyed in awe. Their guidebook hangs open, cluing us into their location: the Sistine Chapel. It’s not clear how these two artists overlap, much less their markets, a historic modernist priced at the cost of a condo, and a traditional realist painter priced at the cost of an economy car.

If Yarger Fine Art is indicative of anything it is the transition that Art Chicago is going through. From the kind of art fair that shows museum-quality pieces, like that of Nevelson, to another kind of art fair, that of the decorative and easily salable but of no lasting historic value and little artistic importance. Sadly it seems that Merchandise Mart Properties Inc., the owners and organizers of the fair, have their sights and attention focused on starting up a Los Angeles fair.

Noticeable this year was the lack of major international galleries that had once attended. Not too many were surprised that Haunch of Venison and White Cube did not return this year (the rumor being they exhibited last year for free). David Zwirner hasn’t returned; Pace Prints is not back and neither is Gemini G.E.L. The Chinese galleries, with their booths packed full of the laughing faces of Yue Minjun, have not come back either. 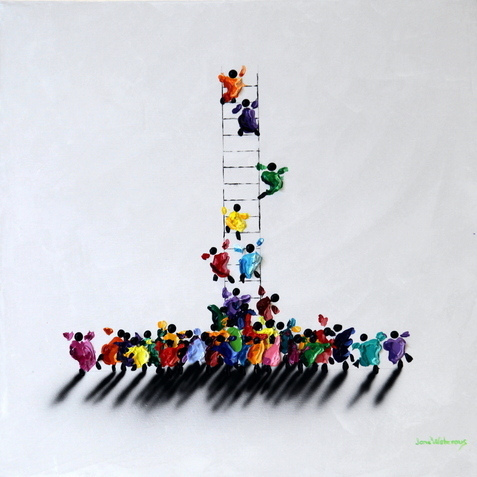 But especially worrisome is the decline of major Chicago and regional galleries participating in the fair. If an art fair can’t attract the best in the city and region then it would seem it's no longer about showing the best art. Newly absent this year was Minneapolis’ Weinstein Gallery, who, in previous years has shown work by Robert Mapplethorpe and Alec Soth (with Soth recently picked up by Gagosian) and Michigan’s Hill Gallery, who showed solid work all-around last year with a nice Mark di Suvero piece. Very notably absent this year was the Chicago heavyweight Rhona Hoffman Gallery, since her's was one of the few high-caliber galleries still showing.

Last year, Ms. Hoffman didn’t mince words when asked by the Chicago Tribune about why she continued to participate in the fair, saying, “I don’t know.” So Hoffman joins the list of other top-notch Chicago galleries that once participated in Art Chicago or its companion fair, NEXT, but no longer do: Richard Gray Gallery, Donald Young Gallery, Tony Wight Gallery, G.R. N’Namdi, Alan Koppel, Valerie Carberry, etc. The list goes on depending on who writes it. 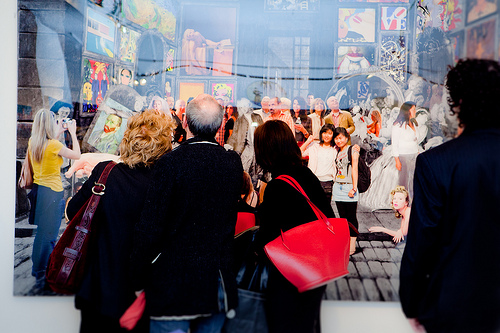 Even Chicago’s Mayor-elect, Rahm Emanuel, is aware of the spiral Art Chicago has been in, if not its current name, saying to TimeOut Chicago whilst campaigning, “I also believe we should restore the Chicago Art Expo’s [sic] rightful place next to the Basel Expo [sic] in Miami.”

Not even the Mayor of Chicago (or the Mayor-elect as it is) has the power to fix Art Chicago, even in a city like Chicago where the Mayor’s word is akin to that of a medieval king. What will make Art Chicago a better art fair is, not surprisingly, better art. However, getting better art into the fair is solely up to its organizers.

(All images courtesy of Art Chicago)

Posted by ArtSlant Team on 5/3/11
Tags: art fairs
ArtSlant has shutdown. The website is currently running in a view-only mode to allow archiving of the content.