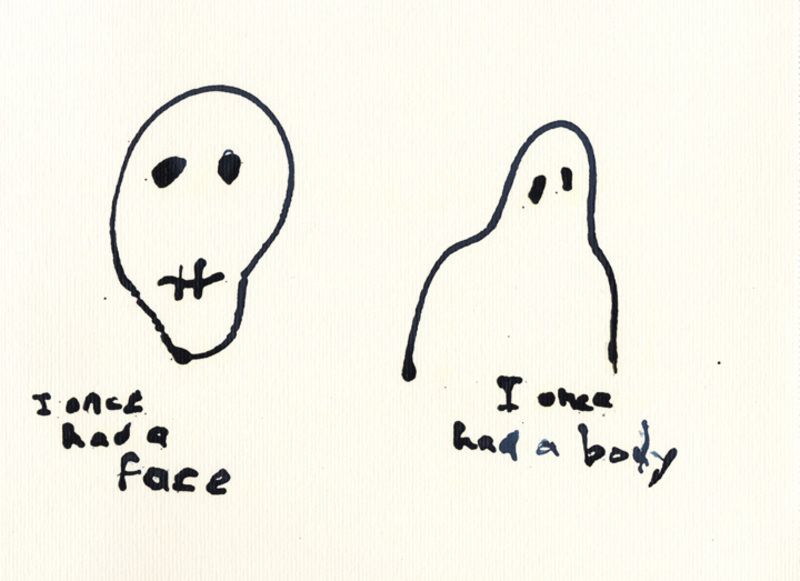 Spitting and splattering spurts of vomit, ejaculate and glitter.  Steve Reinke, a Canadian-born artist who now works and lives in Chicago, is the subject of a wonderful exhibition at the University of Illinois at Chicago’s (UIC) Gallery 400. Centered on his collaborative work completed over the past few years, as well as an hour-long compilation of his new work, this exhibit, "The Tiny Ventriloquist", is a tour-de-force of Reinke’s humorous, warm and visceral work.

For those unfamiliar with Reinke, this is your opportunity to become familiar with an artist noted for being the most influential Canadian video artist. Gallery 400 is a relatively small space but partitioned off within it are a couple different worlds, each elucidating issues, modes of production, and problematics of the queer community as well as truly transcendental representations of queer kitsch, known as camp.

In 1999, José Esteban Muñoz wrote Disidentifications: Queers of Color and the Performance of Politics. This excellent work sought to establish a language in which to discuss the cultural emergence of queer identity as an distinct aspect amongst broader identifications. Disidentification, as the title suggests, is the central term Muñoz utilizes to gesture towards the processual engagement that many in the queer community and, I would argue, in communities in general, undertake where identity is concerned. To disidentify is not to oppose necessarily, but to tangentially differentiate. Camp is a tangential differentiation. It is the appropriation of aspects of a dominant cultural identity into a new formation that suggests an alternate identity..

Many of the works in this show are examples of, if not heady meditations on, this disidenficatory practice. A great example of this is the collaborative work Disambiguation. Reinke’s and James Richards’ 46 minute-long video work is a kind of camp, like the website "everything is terrible," but with a point and a heart. Video and sound collage and coagulate through an ambiguation of signs into a solidification of signs within a subculture. Video and aural evidence is accumulated and through interjections, such as a meditation on the purposes of unprotected sex as a bonding ritual, the ambiguous becomes disambiguated into a meaningful milieu.

The highlight of this exhibit is Reinke’s solo video work. Strung together into about an hour of new work, the viewer is presented with what Reinke does best, witty and insightful voice-overs. Imagine "A Prairie Home Companion" written and narrated by Roland Barthes and you are well on your way to understanding the appeal of Reinke’s work.

You’ll find it worth your while to check out Reinke’s website before attending, www.myrectumisnotagrave.com. The site serves up most of his past video work aside from what you’ll find at this exhibit. A quick comment on the URL of Reinke’s site, it’s an homage to Leo Bersani’s influential essay “Is the rectum a grave?” Through his work and practice Reinke is bent on celebrating his identity with swipes of colorful gouache, flurries of datamoshed video sequences and the simplicity of prescient narration. Bersani’s essay was written in reaction to the HIV/AIDS scare of the ‘80s and ‘90s, a cultural program of fear that one can still see at work in contemporary gay marriage debates. Fear and misunderstanding have set the bounds for queer communities but Reinke is calling out from across the border, proclaiming life. Be a good neighbor and go say “Hey there!”

Posted by Joel Kuennen on 11/8/10
RELATED ARTICLES
COMMENTS (0)
ArtSlant has shutdown. The website is currently running in a view-only mode to allow archiving of the content.