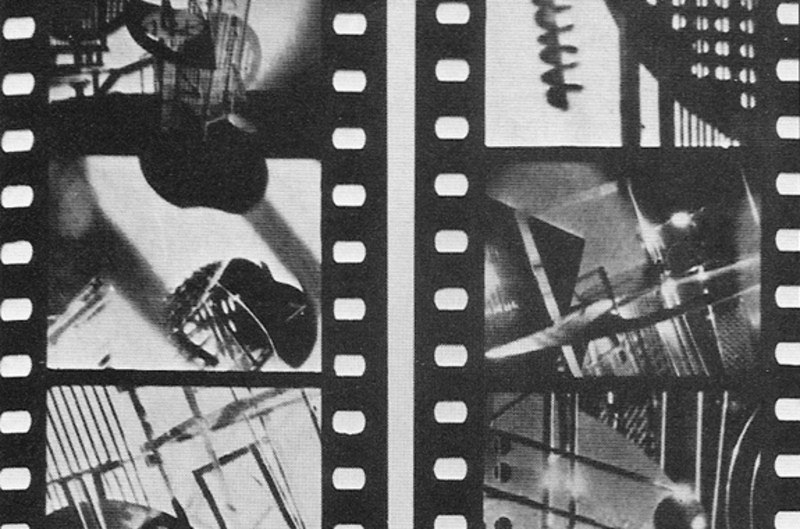 "Moholy: An Education of the Senses", focuses on the art and ideas of the celebrated modernist and Chicago transplant László Moholy-Nagy (American, b. Austria-Hungary, 1895–1946).   Comprised of a range of media, the exhibition provides a view into the galvanizing thoughts and innovative practice of the Bauhaus artist, highlighting his influence on modern art and Chicago.

A quote from the artist at the start of the exhibition, aptly heralds, “Thanks to the photographer humanity has acquired the power of perceiving its surroundings, and its very existence with new eyes.”  Graceful curation and avant-garde exhibition design transforms the galleries of Loyola University Museum of Art (LUMA) into the epicenter of Moholy-Nagy’s exploration of art, science and creative expression.  Experimental photographs, films, prints, drawings, paintings, writings and books on design all provide the framework to perceive the collective time capsule with “new eyes.”

Established in 1919, the Bauhaus school in Germany was a hotbed for ideas, revolutionary curriculum and home to some of the most inventive minds in field of art and design.  Under the vision and direction of architect Walter Gropius, the Bauhaus school produced more than an innovative model for education.  The marriage of art, craft and technology produced a prolific offspring of pivotal figures that shaped the landscape of art and design in the 20th Century.

Responding to pressure from the Nazis in 1933, the school was forced to close its doors, introducing the movement and its luminaries to the rest of the world as they eventually emigrated away from Germany.  Gropius, Josef Albers, Ludwig Mies van der Rohe and László Moholy-Nagy settled in the United States, bringing Bauhaus ideals to American institutions. Moholy-Nagy’s career as an educator in Chicago began with an invitation to direct the New Bauhaus-American School of Design (1937-1938), which lasted only one year.  The artist then decided to open The School of Design in 1939, later re-organized as the Institute of Design (1944), and now part of the Illinois Institute of Technology in Chicago.

It was during the years in Chicago that the Moholy-Nagy was able to found a community dedicated to creating a better society through sensory experimentation and creative expression.  He was a painter, photographer, typographer, sculptor, designer, writer and filmmaker.  After visiting LUMA, it seems that the artist’s most important role was that of an innovator.  His call to utilize new technology and engage the senses in search of new perception is a central theme of the exhibition.  The collaboration of curator Carol Ehlers with exhibition designers SAIC Professor of Architecture Helen Marie Nugent and artist Jan Tichy produces a platform for Moholy’s pedagogy to engage Chicago’s audience.  Each gallery presents a new experience with light, sound, space and vision. Loosely organized in chronological order, Galleries 1-5 play host to an “education of the senses.”

Upon entrance to the exhibition, Moholy-Nagy’s most recognizable media is on view.  Early experimental films and photographs illustrate the artist’s objective to reconfigure one’s perception of the world in order to achieve social change.  Tear away pads of didactic text are available at the viewer’s disposal.  In Gallery 1, the text explains the importance of recognizing the photographs and films as a “visual experience,” not a linear narrative.  Architecture, figures and inanimate objects are obscured and abstracted, as the artist strove to alter the viewers’ perception with experiments in exposure, cropping, shadow and light.

Gallery 2 highlights Moholy’s dabbling with lightplay, displaying photograms, works on paper and a multimedia video installation.  Most notable is Ein Lichtspeil Schwarz weiss grau (A Lightplay black white gray), 1930, a black and white film projected onto a paper screen that winds throughout the center of the space.  Nugent and Tichy have built an environment that compliments the surrounding artwork.  The articulation between space and light is evident with the motion of the projection, surrounded by static images on the walls. Gallery 3 is aptly titled “Constructing a New World,” as it features a grouping of mixed media, highlighting Moholy-Nagy’s work with space, forms and creativity within a larger collective.  Konstruktionen: Kestnermappe 6 (Construction: Kestner Portfolio 6), 1923 is a group of geometric lithographs that demonstrate the artist's work with Constructivism.

Activated every half hour for only two minutes and a half, is Light Prop for an Electric Stage (Light Space Modulator).  First conceived by Moholy-Nagy in 1922 and completed in 1930, the impressive sculpture commands both attention and space in Gallery 4.  The modulator produces an all encompassing atmosphere of sound, movement and form.  Light Prop is comprised of multiple mechanical parts that create a play of light and shadow, what the artist referred to as “total theater.”  The presentation of the re-constructed work (2006) is the first exhibition of the modulator in Chicago since the artist’s lifetime.

The final gallery, Gallery 5, represents a culmination of Moholy-Nagy’s theory and practice.  Film, photomontage, paintings, drawings and color slide projections form a finale of expression.  Sound and color collide in elegant fashion.  Two-dimensional drawings and a copy of Moholy-Nagy’s book, Vision in Motion (1947), are stagnant in contrast to the swiftly cut images from the student film, Do Not Disturb (1945) and erratic lines and bursts of color radiating from the slide projection, Untitled (Color Light Show), 1937-1946.

László Moholy-Nagy was one of the most prolific and versatile artists of the 20th Century.  His contributions laid the groundwork for modern photography, art and design, and his ideas and institutions continue to influence artists today.  In 2009, Institute of Design alumnus Barbara Crane received much deserved attention in the survey “Challenging Vision” at the Chicago Cultural Center (October 2009-January 2010), which I reviewed on ArtSlant. In March, ArtSlant: Chicago Editor Abraham Ritchie spoke with one of the exhibition’s designers, artist Jan Tichy, exploring the influence and ideas of Moholy-Nagy with Tichy's work and recent exhibitions, “Installations” at Richard Gray Gallery (October 2009) and "Ground Level Projects" at the Spertus Insitute (through June 27, 2010).   Currently on view at Stephen Daiter Gallery is the exhibition, “Passing the Torch: Students of Callahan and Siskind,” a celebration of work from students of the master photographers from Chicago’s Institute of Design.  There is less than a week left to view "Moholy: An Education of the Senses," so make your way over to LUMA, located at 820 North Michigan Avenue.

Posted by Robyn Farrell Roulo on 4/30/10
RELATED ARTICLES
COMMENTS (0)
ArtSlant has shutdown. The website is currently running in a view-only mode to allow archiving of the content.