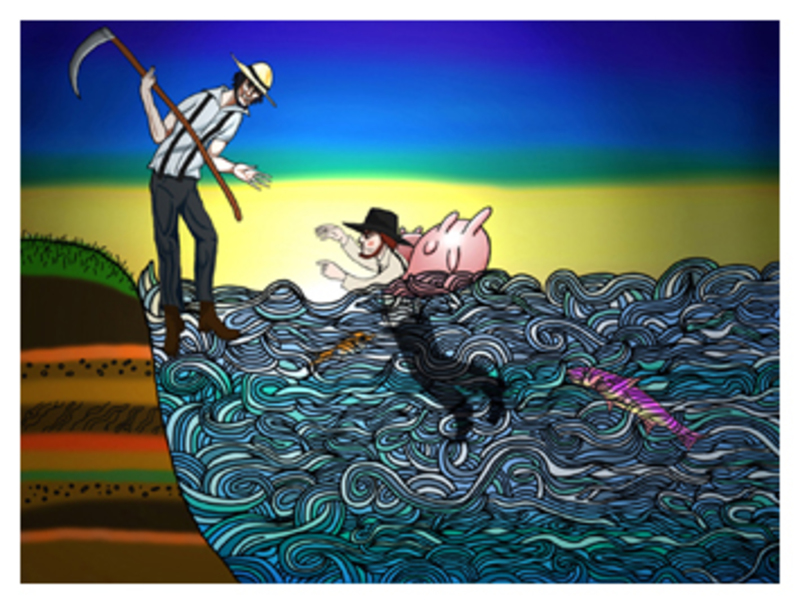 A Cinematic Retreat in Chelsea

Decalogue: Films You Can Count on Two Hands
A mini film festival, organized by Eve Sussman
Winkleman Gallery
March 27 – May 2, 2010

Organized by artist/filmmaker Eve Sussman, Decalogue is presented as an “exhibition as film festival.” Timed nicely to be running at the same time as the Tribeca Film Festival, Sussman infuses a bit of the film frenzy into the Chelsea gallery setting. She has selected a series of significant contemporary experimental films by ten international artists and filmmakers who use innovative approaches to constructing narrative. Impressively joining form with content, the Winkleman gallery has converted itself into a movie theater for the duration of the project, along with a professional screening system and vintage movie theater stadium seats. A schedule is posted on the gallery’s website (a note at the bottom lets us know there will be a few guests and surprises), with multiple screenings each day, ensuring visitors that they can catch each film from beginning to end, and have a comfortable seat while doing so.