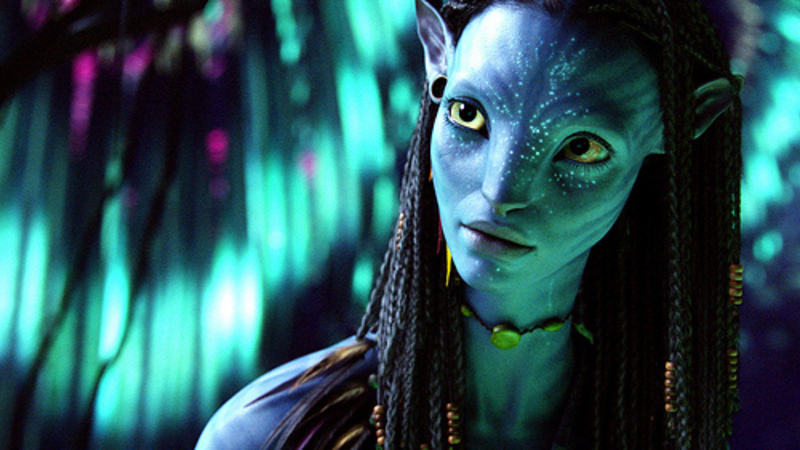 Avatar is a pretty good movie. It has cutting-edge special effects, spectacular action and so on. However, all of its achievements should be listed with an asterisk that reads, “for now.” It’s the most technologically advanced, for now, it’s the fastest to earn a billion dollars, for now. It’s not really the first in anything. The special effects are presumably terrific, but to us commoners in our x-ray specs, it’s just an expensive computer animation for 13 and up as opposed to something by Pixar. In terms of its success, Avatar was released at a very opportune time. This Christmas season has been incredibly lackluster and the only real contender at the box office was Sherlock Holmes. It also boosts sales since the vast majority of Avatar screenings are in 3D; those tickets cost more.

More than any movie I’ve ever seen, Avatar is purely an aggregation. The entire phenomenon, from advertising to merchandising, even the critical response, is an exercise in “best practices.” It all feels like it’s cut and pasted from other sources. Stranger still is that it really feels accurate. Any number of people are saying the same things about Avatar that they have said about movies past, or will say in the future, things like, “With all the money they spent, couldn’t they have bought a decent script?” Or, “It’s unforgivable for a movie to be that long and have that little action.”

And no one is wrong or insincere in saying these things. Sincerity is the problem. This movie is so sincere it is hard not to laugh. Which is what makes it such fun. There’s nothing more fun than laughing at someone who doesn’t realize how funny they are being.

I would compare the production of Avatar to Vitaly Komar and Alex Melamid’s Most Wanted and Least Wanted paintings. Komar and Melamid polled people about what they like and dislike in paintings and created works to suit the audiences of various countries. However, I don’t think James Cameron realizes how incredibly cynical and postmodern his film is. He definitely knows the audience and what people want, but he is still a believer. Or he is the most cynical man on Earth, because you’d have to be either one or the other to produce some of the stuff that is in Avatar.

A popular conversation topic is formulating equations that result in Avatar. The best of which is “Matrix + Ferngully = Avatar,” from Karen Archey. Watching the movie you can’t help noticing all the parts that are being re-used. It’s the “greenest” movie in that sense, since it is entirely composed of post-consumer waste. Much of it is from Cameron’s own body of work. A military run by a profiteering corporation (Aliens), a psychotic soldier-villain (The Abyss), a forbidden love  (Titanic), groundbreaking effects and a strong female lead (Terminators 1 & 2, Aliens, The Abyss, Titanic, etc.) and so on. The soldiers use powerful robotic suits, like the Power-loader from Aliens, and fly aircraft that look a lot like the Dropship, again, from Aliens. Even the music is a re-iteration, during battle scenes the high-pitched strings similar to, you guessed it, Aliens is heard. Another recurrent melody, very similar to Titanic’s, swells to a full-blown love ballad as the end credits roll. Other movies are plundered as well. Music for the alien natives features various folk and ethnic instruments, à la Lion King. And the inspirational pre-battle speech is so similar to Braveheart’s you’ll be caught off guard when he doesn’t say, “but they can never take our freedom!”

The alien world is a case study in how impossible it is for humans to conceive of things outside our own experience. The best of which is the beast that has a rhinoceros body and the head of a hammerhead shark that it uses like a hammer. The soldiers are all assholes that mistreat the politically correct hero in a wheelchair, redeemed only slightly by the lone pilot that refuses to bomb a skyscraper-sized tree. The alien natives fair no better, even with the aid of a PhD creating their language. Take some generalizations about Native Americans, Africans and Aborigines, mix in some cat noses and paint them blue.

It’s wonderful in it’s comic simplicity, the planet is named “Pandora” and the mineral they are greedily mining is called “Unobtainium."

Avatar exemplifies an ever-increasing demand for re-presentation of accepted tropes and an insatiable demand for immediate contentless content. Apropos to its name, Avatar is an empty sign that points to other signs. Nested in there somewhere, in our collective mind’s eye, is the general idea of good versus evil along with all the movies and stories we already know that Avatar merely gestures toward. Avatar isn’t pioneering anything, it’s just the best at embracing the ever-growing network of market necessities, for now.

(all images used with permission from Avatar)

Posted by Erik Wenzel on 1/18/10
RELATED ARTICLES
COMMENTS (0)
ArtSlant has shutdown. The website is currently running in a view-only mode to allow archiving of the content.