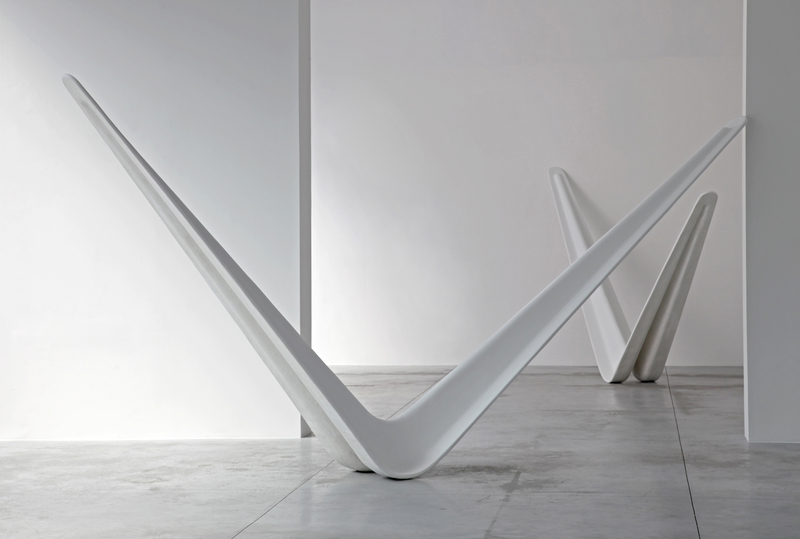 Portrait of the collector as a producer

Much has been said about the so-called “Belgian collector.” For captains of industry and local dentists alike, collecting contemporary art almost seems to be part of the Belgian DNA—which explains why the country is reputed for having the highest concentration of art collectors per square kilometer. Yet, as more and more Parisian collectors make the move to Brussels, the Belgian collector is becoming increasingly French. In addition to Art Brussels’ Portrait of the Collector as a Work of Art, the strong presence of collectors in Belgium—and their growing French contingency—is also illustrated by two exhibitions taking place during Art Brussels.

The CAB Art Center is a private venue opened by collector Hubert Bonnet in a former coal warehouse. During Art Brussels it opens Out of Character, an exhibition with a unique concept: eight important Belgian and French collectors were invited to select an upcoming artist they wanted to help by financing the production of a new (in situ) work. Stijn Maes, who curated the show, explains: “Nowadays, collectors are not only buying art works, but also contributing to the production of it. Hence, they take more and more the role of patron.”

One of the participating artists is Paul Casaer. He was inspired by ticks in a check box, which he turned into huge sculptures in iron, fiberglass, and resin. “This is the kind of work I was already long playing with, waiting for the opportunity to get it realized and financed,” he says. “It was really the result of a joint enthusiasm between me and collector Hubert Bonnet. That is very nice and rather rare.” The art collective Clairenadiasimon was also able to realize an ambitious work—a dreamlike installation including a piece of lava, an aquarium, and other enigmatic elements. They were chosen by Frédéric de Goldschmidt, a collector living between Paris and Brussels. “During nine months, we kept on discussing this work with Frédéric,” the collective says. “Normally we work with three. For this project, we were four. We don't know if he will like the result. But we all enjoyed the experience and exchange.” De Goldschmidt explains his choice to participate as follows: “For me it is a challenge. It is easy to buy a finished piece. But it is much more difficult to produce something new.”

Not all the works are large-scaled, however. “That is only one aspect of the show,” Maes is quick to add. “Alfred d’Ursel, for example, shows a series of paintings. He rather saw the project as a form of scholarship so he could focus for a longer period on his work.” Subtle is the contribution by Sophie Giraux, who plays with the relationship between artist and collector. Instead of going to the collector’s house to deliver a work, she took an imprint of his wood panel floor, which she shows here as a minimal sculpture. It’s a nice twist to a show with an original concept. 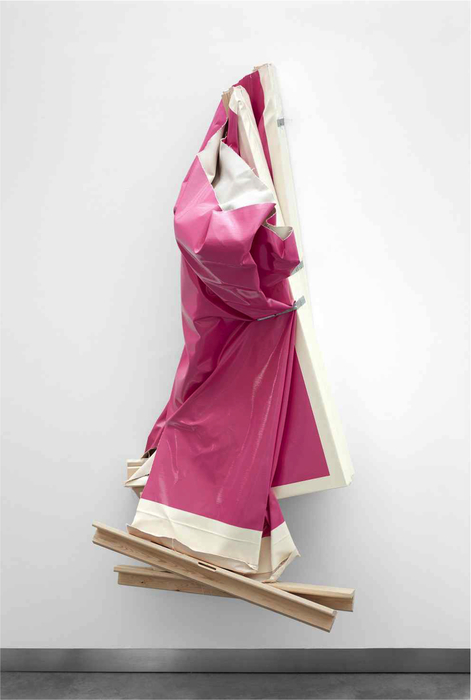 Collecting is also a true passion at Maison Particulière, set up in 2010 by the French couple Amaury and Myriam de Soulages in an Ixelles townhouse that became a permanent exhibition space. “Maison Particulière is born from one simple idea: to enable collectors to show part of their collections to the public,” the couple says. “To go even further, we decided not only to ask them to share with the public the art they love and live with, but to select the works from their collection themselves. Each time, we choose a theme and invite several collectors and one guest artist.” For Resonance(s), the couple went the extra mile by inviting international collectors like Josep Maria Civit, Henk and Victoria de Heus-Zomer, and the famous Collezione Maramotti of the fashion brand MaxMara, to select artworks for the show along with the guest artist.

The guest artist is Gauthier Hubert, who makes uncanny paintings. The de Soulages’ clearly have a sense of humor as they gave Hubert’s painting Portrait d’un très gros collectionneur, depicting a fat collector in a suit, a prominent place. Despite a rather broad theme, the show has some nice moments with associative clusters. One room, for example, is dedicated to meat: going from Per Barclay’s picture of Baconesque hanging carcasses in a slaughterhouse; to Angela de la Cruz’s folded, wrinkled canvas in white and pink evoking a lump of meat over Andrea Büttner’s woodcut depicting a table with food, referring to a work of Giotto. Another room is—bearing in mind the theme—entirely dedicated to references to art history. 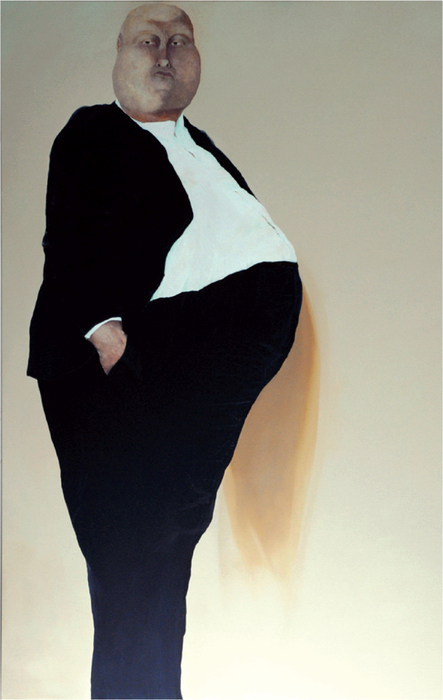 What both shows illustrate, in their own manner, is the way the private sector forms a nice contribution to the existing art scene in Brussels, which hence keeps on reinforcing its role as a city for contemporary art. Further linking art spaces, collectors, artists, and other stakeholders in Brussels' art ecosystem, an April 26th panel discussion at Art Brussels entitled "The Collector as Producer" will take CAB's Out of Character exhibition as the starting point for a dialogue on the private collector's relationship to artistic production. One looks forward to how the networks between artists and collectors continue to grow and strengthen in Brussels' future.

Aukje Dekker Makes Patrons Decide When Her Paintings Are Finished—And It Could Cost Them Aukje Dekker
3/29/16
COMMENTS (0)
ArtSlant has shutdown. The website is currently running in a view-only mode to allow archiving of the content.