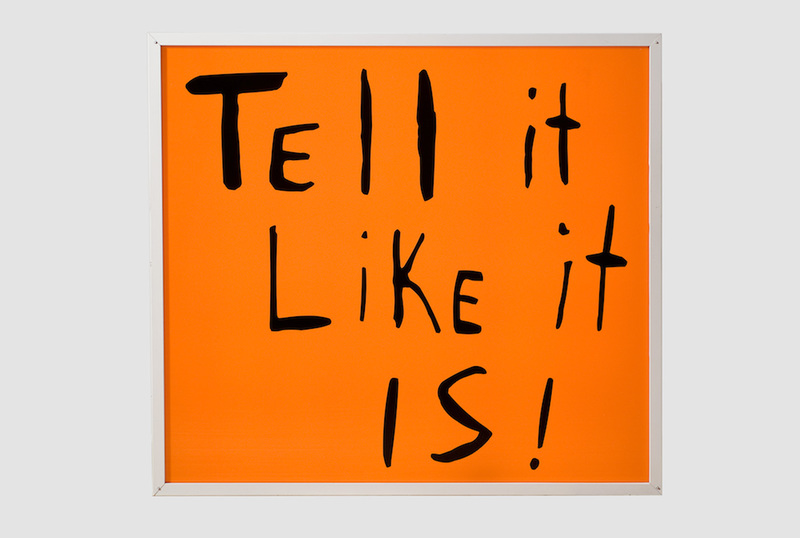 Homage to the fair’s most important asset

It was in the mid-eighties that the organizers of Art Brussels approached Amsterdam’s KunstRAI—later known as Art Amsterdam—with a proposition to merge the two fairs. Both events were then only a few years old and scraping along in a slowly developing art market. The new event would take place alternatingly in the Dutch and the Belgian capital. The Northern party declined.

In 2007 Art Cologne changed its date from fall to spring. The world’s oldest fair for modern and contemporary art was desperately trying to formulate an answer to Berlin’s Gallery Weekend success and didn’t consider Art Brussels serious competition. In 2012 the Cologne fair even blatantly claimed the exact same April-slot as its Belgian counterpart.

Fast forward to 2014: Art Amsterdam has ceased to exist. Art Cologne has been struggling for years with a declining visitor base and the absence of internationally important galleries. Only this year is the German fair—which has sensibly chosen not to overlap with Brussels again—starting to show signs of genuine revival. And Art Brussels? Art Brussels is powering steadily on. It can now be considered one of the continent’s most important medium-sized fair, and in quality right behind the big three: Art Basel, Frieze, and FIAC.

The success factors are as easy to think of as they are difficult to achieve. Art Brussels has over its thirty-two years of existence steered a relatively consistent course. The fair is headed by a professional and sizeable team, and Brussels itself has in recent years developed a reputation as an “art city,” attracting artists and galleries, even being called “the next Berlin.” But the most important factor of them all: the Belgian private collectors. It’s therefore only natural that Art Brussels is paying homage to them. For Portrait of the Collector as a Work of Art: An Intimate Journey ten members of the fair’s Collectors Committee were asked to present a work illustrative of their personality and taste.

Belgium—and Flanders in particular—is home to an unusually large community of art collectors. The country actually boasts the world’s highest number of art collectors per capita and as the inclusion of no fewer than six Belgians in the ARTnews 200-list indicates, their collections are top notch. Generally Belgian collectors are extremely serious and well informed; they buy early and collect in depth over long periods of time. For gallerists, winning their trust can be daunting. Impulsive buying is unusual—“I’ve decided to forgo Brussels and rather have the Belgians come to me at a foreign fair where they tend to decide a bit faster,” a Dutch gallery owner entrusted me recently—but once the first deal is done, they are very loyal.

The problem is that Belgian collectors often operate anonymously and stay under the radar for years. With a few notable exceptions, a lot of great art is tucked away in private homes, out of the public eye. Portrait of the Collector as a Work of Art can therefore be seen as more than just a ploy to feed into collectors’ envy and competitive drive and make them buy something bigger, more expensive, and more prestigious than their colleagues—it’s still a fair after all—but to lure them out of invisibility. This show wants to set an example. Besides presenting artworks as mirror images of well-known collectors, it wants to showcase the collectors themselves as leading lights. 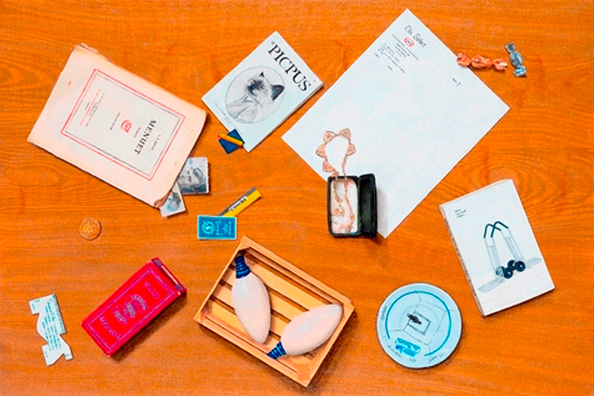 Like almost everywhere, the top-tier Belgian collectors are mostly entrepreneurs. There are industrialists with roots in the textile industry, like Annick and Anton Herbert whose walls are hung with works by Kippenberger, Weiner, Broodthaers and other greats from conceptual and minimalist art. Antwerp’s harbor and diamond industry has generated art enthusiasts such as Sylvio Perlstein. But the new generation has more diverse roots, like the forty-something Michel Moortgat, CEO of the Duval Moortgat brewery. The generous number of medical professionals amongst collectors is also remarkable. Hubert Peeters is big on pop art; there’s neuro-psychiatrist Roger Matthys who has made his collection, containing Warhol, Judd, and Schütte, publicly accessible in the Museum Dhondt-Dhaenens; and gynecologist Lieven Declerck often lends artworks to museums.

Declerck, one of the ten collectors in the Art Brussels presentation, has a rather broad collection. Christo, Tony Cragg, and Günther Förg sit side by side with Gerhard Richter and Bill Viola. Compared to the systematic, museum-like approach of the Herberts, the doctor buys intuitively and straight from the heart. This is reflected by his Portrait of a Collector choice, Extensions (2009) by Hans Op de Beeck. It’s a dreamlike, associative animation sketching the plight of modern urban man. 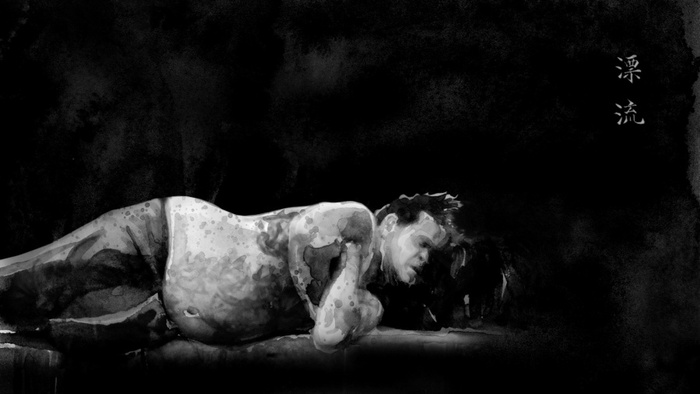 Most serious Belgian collectors, having started thirty or sometimes even forty years back, strongly prefer the cerebral art from the sixties and seventies or its descendants. At Art Brussels this is illustrated by Bruno van Lierde’s choice of Stanley Brouwn and Baudouin Michiels’s selection of Horizontal Bands (2003) by Sol LeWitt.

Filiep Libeert, who made his fortune in textiles, is really big on Anglo-Saxon art. Although he also has works by countrymen Wim Delvoye and Jan de Cock, his prize pieces are by Damien Hirst, Anish Kapoor, and Mike Kelley. His choice of Waiting for Jerry (1989) by Juan Muñoz is therefore a bit unusual. It consists of a dark space with light coming from a small hole—the home of the Hanna-Barbera mouse, Jerry (Tom’s nemesis). Beyond the light we hear a cat and mouse chasing each other. Humor, playfulness, and the language of popular culture here collide with questions of life, death, and security.

With a seat on the Tate advisory board—to name just one position—Libeert’s international profile is impressive. The same goes for Herman Daled, who was the driving force behind Wiels and donated his collection to the MoMA in New York. But the collectors are also a force to reckon with within the Belgian museum circuit. Walter Vanhaerents’ collection of mostly large, “American-sized” pieces by Paul McCarthy, Mariko Mori, Katharina Fritsch, and many more, can be visited in Brussels. The capital has in recent years experienced a real boom in private venues: the Charles Riva Collection, Maison Particulière, CAB Art Center, Fondation A Stichting, and Centre d’Art La Patinoire Royale.

Mark Vanmoerkerke, also represented in the Art Brussels show, built his private museum in Oostende. In a restored war-time building he displays his heterogeneous possessions, including works by Wolfgang Tillmans, Jeff Koons, Carsten Höller, the Bechers, and Maurizio Cattelan. For the fair he chose Tell it Like it is! (2002) by Sam Durant. The work refers to the American civil rights movement, but when seen in the context of the autobiographically inclined Portrait of a Collector, it assumes a different meaning. It could be read like an encouragement from one collector to his colleagues to cast away all shyness and boldly show your colors.