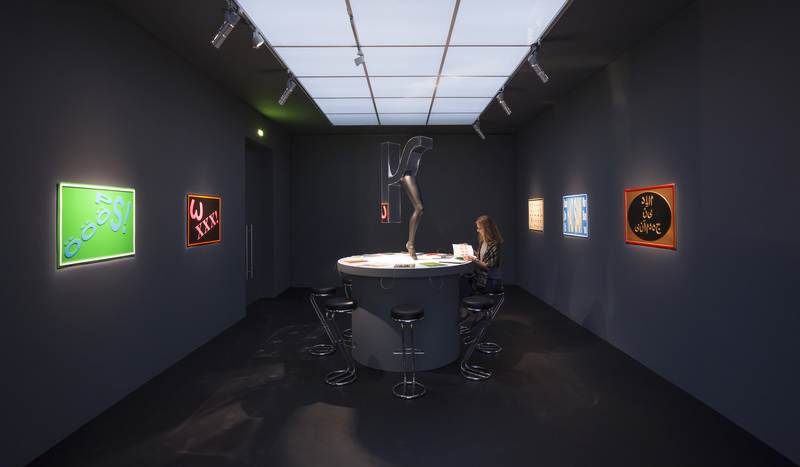 Uttering "Other": Across Berlin Slavs and Tatars Parse Language and Difference

The text is slightly enlarged so that it imitates brail—raised to suggest that the shapes could be read with hands—turning texture into thought.

These are some of the constructed artifacts on display in the Preis der Nationalgalerie exhibition at Hamburger Bahnhof by the collective Slavs and Tatars, who were nominated for this year’s award. The collective works at the intersection of academia and artistic research, focusing, as they say, “on an area east of the former Berlin Wall and west of the Great Wall of China known as Eurasia.” The name, Slavs and Tatars, is a pejorative term for native people found in Russia in the area of Crimea, and can be considered an anachronism, a remnant from the 19th century world where barbarism was widely propagated and theorists debated modernism, scribing enlightenment dogma.

In addition to exhibitions of their multimedia artworks and installations, Slavs and Tatars delivers scholarship in the form of lectures, performances, pamphlet materials, and dubbed and translated cinemas. Foreign or “othered” materials are circulated and disseminated to audiences in live translation performances like To Be or Not To Be, a screening of a 1942 movie featuring Nazi symbolism and propaganda that is translated live into Swiss German. Translation becomes a performative element that, in real time, questions the politics of estrangement. 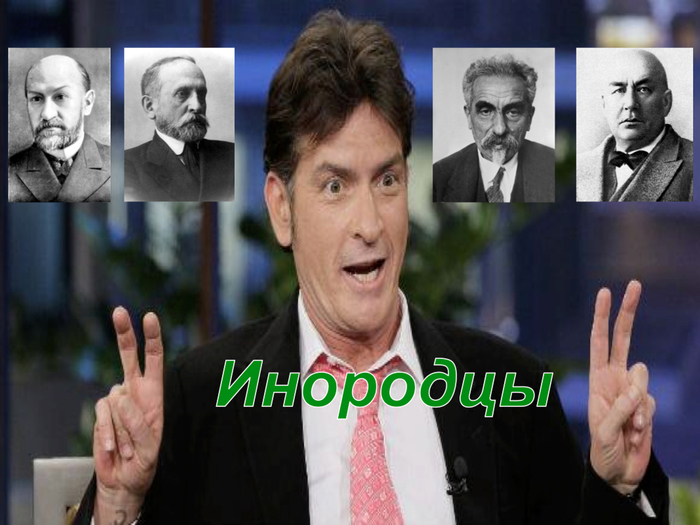 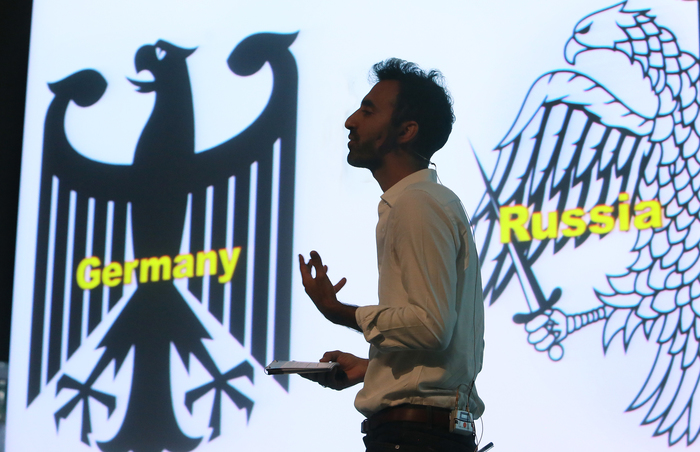 In the lecture/performance I Utter Other, which the collective delivered recently at HKW during 100 Years of Now, one of the members discussed how they chose to focus upon Crimea because it represented a “blind spot” in critical discourse. The collective member proclaims that whenever a blind spot is formed, like a clot or a cataract, there is a need for action and research. One of the failings of Said, Slavs and Tatars explains, is that he called his book “Orientalism” rather than “Orientalisms,” for the former became a catchall term that covered over strains of difference.[1] Slavs and Tatars’ work, consequently, can be seen as parsing out of the homogeneity that this terminology created.

During the lecture, historical figures such as Catherine the Great and Vladimir I, tales of Mongols, and the makings of empire are juxtaposed with pop culture images: Charlie Sheen gestures air quotes along with green Russian characters that suggest the dubbing over of speech. Above him are images of scholars, photographs with different temporal registers. Another PowerPoint collage exhibits images of Vladimir Putin on the cover of The Economist, tracking slogans in the media. The performers' commentary frequently overlapped with the projected content. Nevertheless the images appeared ironically baroque in comparison to the aridness of the academic discourse.

These PowerPoint collages epitomize the collective’s technique; their work is much indebted to relational aesthetics and remix theory, collapsing references, both historical and contemporary, into a single aesthetic mix. This amalgam can be called an “emergence” or a creation of a “now”— an interesting concept in light of Orientalism’s constant return to the past in search of origins.[2] In response to Slavs and Tatars’s HKW lecture, panelist Helge Jordheim discussed the notion of past, present, and future in relation to Orientalism. He explained that in the East, particularly within pre-colonial eastern Russia, time was continuous, a circuitous mass without rational reason. There was no past, there was no future but just an extending sensation of present. The study of Orientology, a discipline of the West, created this tri-fractioned existence. History was still in a pre-modern stage, existing as what Georg Lukács called a “curiosity cabinet.” Since time had no chronology, it simply did not exist. 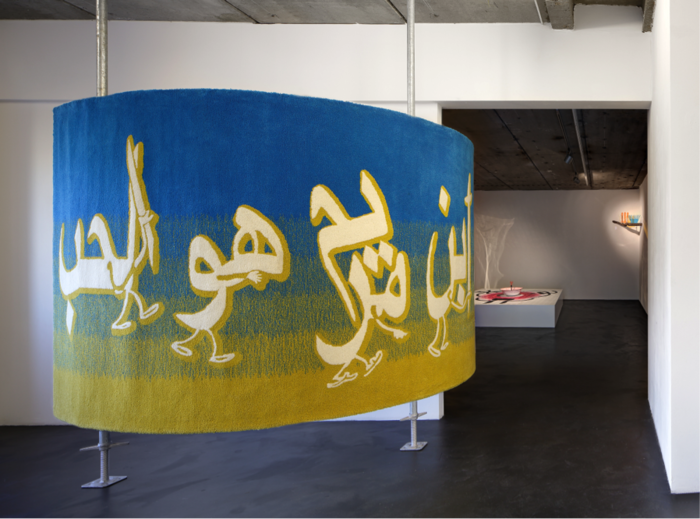 Should then, Slavs and Tatars’ installation Dschinn and Dschuice, exhibited currently at Kraupa-Tuskany Zeidler in Berlin, be seen as a selection of curiosities excavated from a past conditioned by a modernist perspective? Or rather, perhaps these objects should be taken as caricatures of a past that continues to merge with our present moment, such as Russia’s persistent neo-colonization of Ukraine?

One work that epitomizes this critical knot is Alphabet Abdal, a woolen carpet sculpture featuring Arabic characters that turn into illustrated images. These characters are being carried along into the circle, marching towards an unforeseeable point. Is this point progress, a future not yet written? A similar skewing happens in Reverse Dschihad (Urdu) and Reverse Dschihad (Russian) where language is reversed and then printed upon mirrors. One sees these foreign characters, rendered stranger by reversal, as unknown entities questioning the frames of reality.

It is with subtlety that Slavs and Tatars construct their fictional objects, objects that seem to have more in common with history and yet fail to fit within closed categories. It is this failure to make a coherent, tangible whole, this unfinished aspect to the work, that makes it persistently fresh, networking signs rather than fixing them within set stories that cleave to the outmoded fashion of linearity.

[1] In a foot note of a pamphlet passed out at Hamburger Bahnof, it is clarified that Said himself declared that the discourse of German orientalism did not fit within his thesis: “Edward Said acknowledged himself that German orientology did not fit into his landmark study. Without diminishing the importance of studying the East in defining German national culture or its documented cases of imperial brutality” (Slavs and Tatars).

[2] In a pamphlet associated with the exhibition at Hamburger Bahnhof, the collective further discusses the impulse for “origin searches”: “The Reformation impulse to return to the source, to the book, to scripture, to discover the original languages of the Old Testament and the Bible, set the tone for the early generations of German philologists.”