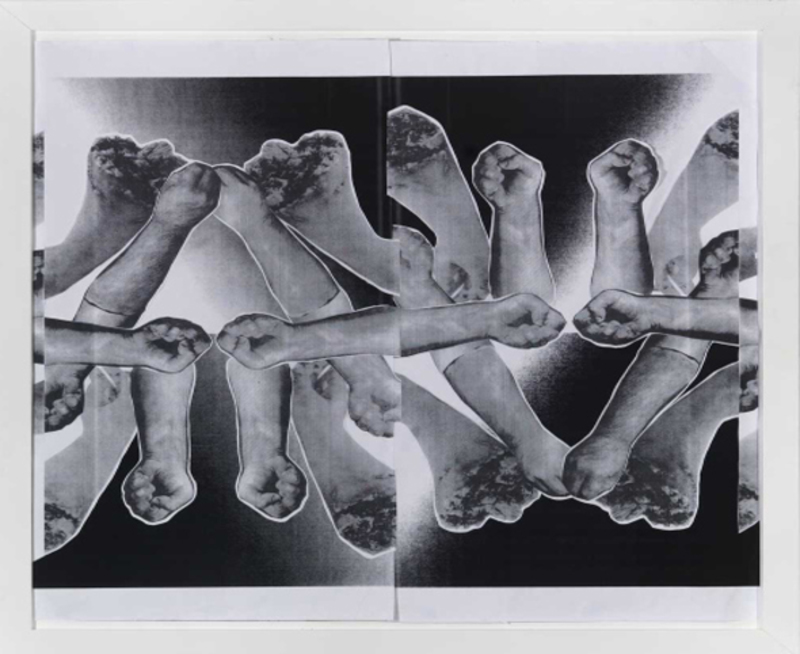 Kandis Williams cut her teeth in New Orleans and the gritty soul of the southern city shines through in her large-scale collages and sculptures. In the spirit of The Big Easy, Williams’ work carries a veneer of tragedy and violence that hovers on the surface of her images. Traces of the city, its mingling with the occult, and the impact it has made on Williams’ vision are embedded in each work and seem inseparable from their presentation. Her work is not delicate. Far from it, in fact: it traces out a visceral personal and cultural history that is simultaneously hard to swallow and difficult to turn away from.

In her collage work, Williams pieces together dismembered appendages and gradient patterns to craft images that meander between the surreal and the abstract. Her sculptures evoke some of the same qualities, but feature less repetitive elements and are comprised of materials that call to mind the remnants of one’s past and the process of healing. Repurposed and not forgotten, these objects play with the notion of wall reliefs, mystical icons, or voodoo altars, explicating Williams’ interest in the preternatural while referencing her presence in industrial urban spaces. Williams’ desire to connect with, or, for lack of a better term, “reach out and touch” her audience is more palpable in these three-dimensional works. 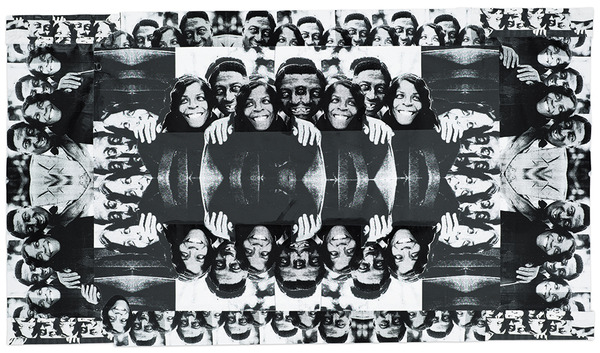 Kandis Williams, Exuberance 1., 2013, collage on paper; Courtesy of the artist.

A true human form is rarely present in her work and often we are only left with the imprint: the aftermath of human collision. The notion of escape is key for Williams and translates smartly into many of her collages. Here we see Williams combine conceptually appropriate cutting techniques with found imagery questioning notions of self-care in times of violence, physical or otherwise. The work is as graphic in content as it is in aesthetic – a morbidly pleasing combination. Recent images find ways to incorporate expressed emotions in a jarring marriage of form and repetition.

Williams relocated to Berlin in 2008 and the city has been good to her. It appears to provide her with a space for reflection and growth from past lives back in the States. The promise of past works has matured as the city’s influence takes hold. She’s participated in several collaborations, including working with artist James Brittingham and curating a group exhibition highlighting fellow expatriated American artists at Berlin’s Altes Finanzamt, not to mention features in group shows at Peres Projects and Coup de dés. She has also engaged in several collaborative dance-based performances at tanzCOLLECTED and the Tanz im August Festival. Most recently Williams participated in a group showing at Upon Paper in Berlin as well as the exhibition Draft Urbanism at the Biennial of the Americas in Denver. At the end of this month she will collaborate with John Holten of Broken Dimanche Press at Plan B Galerie in Berlin on a book project entitled My Favourite Pyramid.

The heightened attention Williams' work received last summer briefly tapered off, but is again on the rise. Throughout, nothing has quite quelled my enthusiasm for this young artist. It is refreshing to see makers like Williams push the boundaries of race and visibility in an art scene that often feels whitewashed and droll. It appears that her trajectory is venturing away from still images on the gallery wall to more action-based exercises on stage and street. The change in course is not unexpected, given the corporeal interests present in her two-dimensional work, and it plays nicely into her growing oeuvre. Williams is stretching her limbs and laying down her roots and Berlin seems to be the perfect place to do just that.