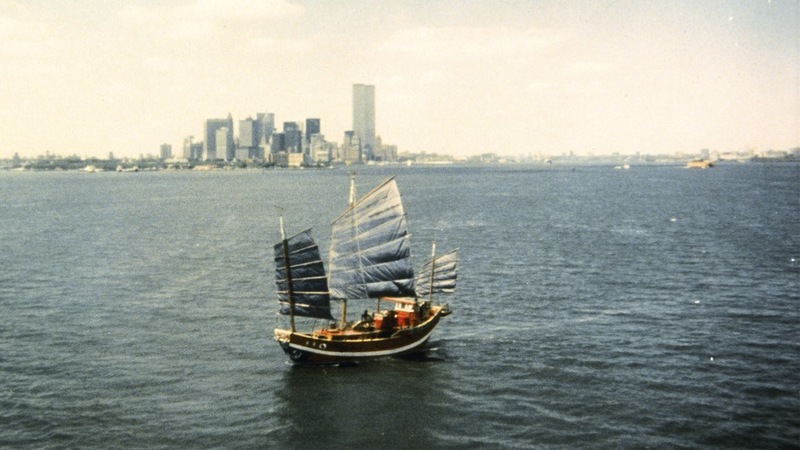 As part of Haus der Kulturen der Welt’s Berlin Documentary Forum last month, writer and theorist Sylvère Lotringer presented a three-part lecture series called Framing Death, examining changing representations of death in contemporary culture. In the third presentation, certainly the most ambitious and expansive of the series, Lotringer screened Wim Wenders and Nicholas Ray’s 1980 film Lightning Over Water. The screening was interspersed with recordings of interviews Lotringer did himself with the cast and crew of the film, as well as deleted scenes from the film’s first cut. Pausing constantly to explain and interpret, Lotringer circumscribed the story of the film’s creation, leading the audience towards the heart of death’s unanswerable questions.

A joint project between directors Wim Wenders and Nick Ray (best known for his 1955 Rebel Without a Cause), the premise of Lightning… is a young man’s visit to the house of his dying friend – the visiting friend is played by Wenders, the dying man by Ray. From the onset, this set-up is only a half-shade away from reality: Ray was in the final stages of terminal cancer at the time of filming, and the collaborative project was to be the result of Wenders’ final visit with Ray before his death.

Ray’s rapidly declining health is no act, and Lightning slides quickly into a murky zone between reality and fiction. Scenes from real life start to bleed into the film – the crew are filming all the time, and filming themselves filming. The narrative breaks down, increasingly abstract and surreal, and the cast and crew become mired in a complex ethical tangle.

In a conversation between Wenders and Ray at the beginning of the film, while they are still ostensibly playing their fictional roles, Wenders describes what he had been afraid of most before arriving. Even more than fearing the pain of watching his friend die, he says, he is afraid of projecting his own needs and desires onto Ray.

The film initially seems propelled by Ray’s need to stay aggressively engaged with his life until the end of it. Yet as Ray gets sicker and sicker, increasingly helpless and angry, the ethical question becomes one of collaboration versus exploitation. Is the treatment of Ray’s death as artistic subject matter denying his very real experience? Are Ray’s needs driving the film, or are Wenders’? 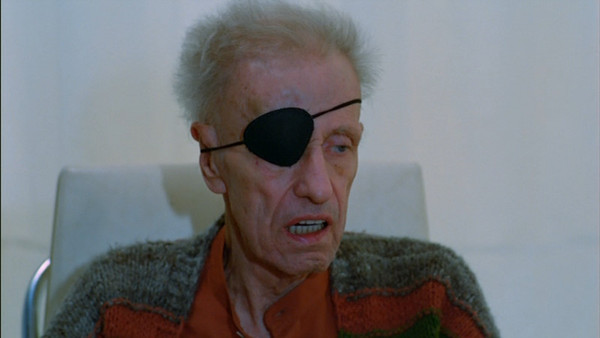 After the film was released, many people were outraged at what they viewed as Wenders’ exploitation of Ray. But Lotringer refuses to draw such conclusions, keeping his interpretation in the ambiguous territory where it belongs. His presentation itself was almost unnecessarily complex; his orchestration of the three video channels and sound clips was winding, improvisational. He told candid anecdotes whenever they occurred to him, referencing drama, resentments, and controversies surrounding the entire production (for instance, that Ray’s estranged son claims to have come up with the idea for the film himself, or that Wenders’ girlfriend was given a role in the film originally slated for Ray’s wife). The ethical questions at stake in the film echo far beyond the final product, and Lotringer’s long presentation circumnavigated the range of implications, building questions within questions, frames within frames.

“Those most closely related to the dying man lie in a heap on top of him. An important fact is that lament is not deferred until after death, but begins as soon as hope for the sick person has been given up … In the rabid howling of his people he is almost smothered; it is probable that he is sometimes actually stifled … The feeling, so natural to us, that a man should be able to die in peace, would be utterly incomprehensible to these people, intent as they are on their own excitement.”

In the last scene of Lightning’s commercially-released version, the film crew is shown sailing in a ship along the coast of Manhattan. On the helm of the ship is an urn filled with Ray’s ashes. Sitting in the ship’s cabin, the group toasts to Ray’s memory. Death is nearly always divided into its before and after: the moment itself is incomprehensible, and our comprehension of it transitions nearly imperceptibly from anticipation to memory. As Lotringer explains, we can only frame death. But the film Lightning Over Water tries to apprehend the moment in between, attempting not to deny the inevitable, but to jump on top of the dying man and look into his eyes – even at the risk of smothering him.