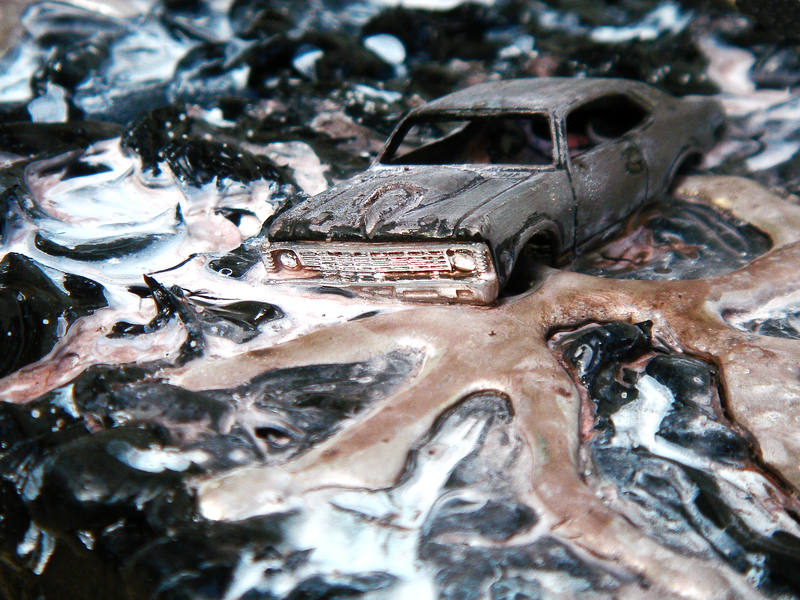 Art Plan B, a project run by the young curator Sandra Kramer, is planned to be a series of exchanges between the above mentioned “B” cities. This group show at Zero Gallery on Köpernickerstr. brings together the work of three Basel-based artists, while other exhibitions are planned to bring B-city artists to temporary gallery spaces in Barcelona, Budapest, etc.

Though it’s been clear for a while that Berlin is scraping to be an art world “A” city, the show gives evidence that some of Berlin’s “B” spirit perseveres. Independent projects weaned off the nipple of funding schemes, continental-scale cultural initiatives and art fairs can get it together to do their thing; it’s just a matter of finding the criteria, nurturing the relationships and going for it. Why? To actually realize some of the tenets that the culture behemoths are often too bloated to appreciate on a human scale: cross-cultural exchange.

At the same time, at the level of artistic practice, it can be hard to say if location has any bearing on who does what, or how, anymore. At the “Shotgun” exhibit, the wall was lined with quotes in international English, and the “subject matter” was ephemeral; if any location was to be perceived in these works it was the nether-everywhere of the inside of a car, the criss-cross of metal of subway tracks, TV screens. 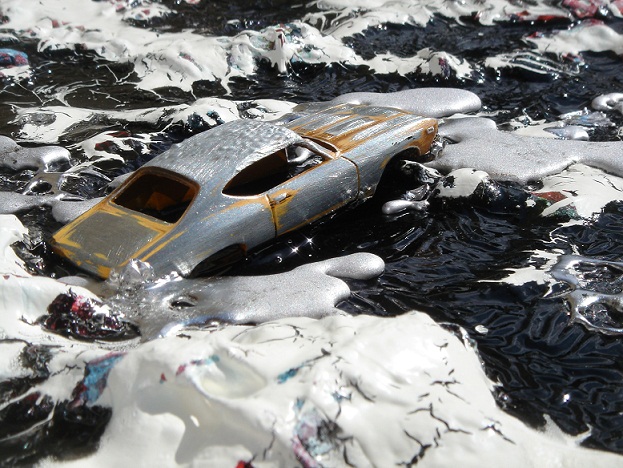 The works of Stephan Hefti illustrate a bit this feeling of non-location, adrift on a sea of indefinable art muck. Entitled The Ruin of the Automobile Age, his multiples of Matchbook cars marooned in murky swamps of acrylic paint could be taken as a comment on mobility or lack thereof; is the car stuck or is it floating along and getting there faster? Is it like today’s art-world Jet-Set, nowhere but still moving, or, like the cyberworld, everywhere and stationary?

Of course another interpretation of Hefti’s work could be as a commentary on the murky origin of all those things that make us go faster: petroleum. Another one of the car pieces is called Gulf of Mexico – Fukushima Chess. Indeed they are also like fossils of prehistoric tools encrusted in lava; the eventual fate of gasoline powered machines. 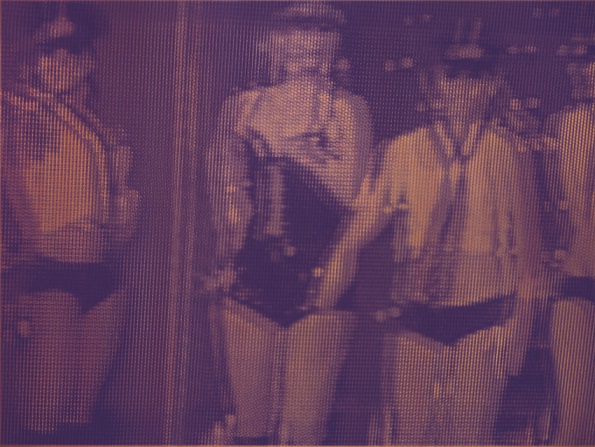 The two other artists shown in the show, Marco Pittori and Christine Keller, are working in silkscreen and multiples. Pittori repeats the same pixilated image in varying colors, a shot from the TV, while Keller takes her own photographs and hand colors them in varying multiples. Between Hefti’s seas of paint and the silkscreen paintings, all the old American modern masters came to mind: Pollock, Warhol, Rauschenberg. Yet while Warhol and Rauschenberg were all about using the silkscreen as a signal of speed and alienation in the Age of Mechanical Reproduction, in 2011, the Age of Digital Reproduction, silk-screening a work of art seems rather laborious and hands-on. Back in the day, why paint? You could get your assistant to silkscreen something and call it art. Nowadays, why silkscreen? You can Photoshop it and send it to the laser printer. 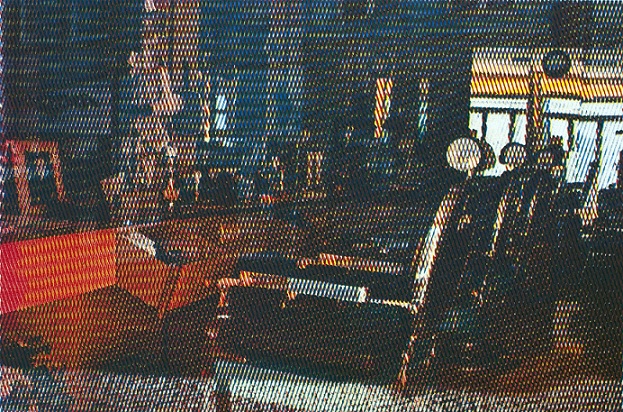 This set of Basel artists is perhaps calling suspect all these modes of contemporary mobility, or let’s say at least, calling attention to them. Riding shotgun on their way from Berlin to Budapest, Buenos Aires and Beyond they’re leaning over and telling the driver to “slow down, you’re going to fast….”

Posted by Mara Goldwyn on 4/24/11
Tags: silkscreen mixed-media conceptual painting
RELATED ARTICLES
COMMENTS (1)
Rating The Airt World
Mara, thank you for once again etching another mural on my brain. As usual, your scathing honesty, which seems to be powered by an unknowable ( at least for me.) incisive knowledge, has perhaps allowed me to at least glimpse a larger vision of art and artists.
Comment by: charliemunn&msn.com on Sunday 06/26/11 at 8:37 PM
ArtSlant has shutdown. The website is currently running in a view-only mode to allow archiving of the content.