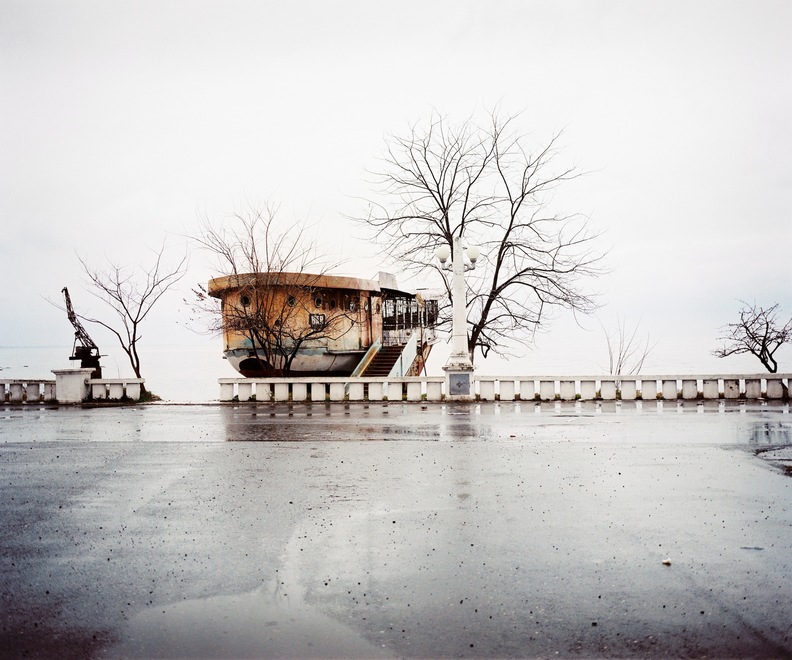 In the shadow of Putin’s prestige project

Making waves early on as the first Dutch photography student to graduate with a limited edition artist’s book and being recognized as a prodigy by the likes of Martin Parr, Rob Hornstra has always received his fair share of attention. But these last couple of weeks the spotlight has been considerably brighter. The reason: the upcoming Winter Olympic Games.

For over five years Hornstra, together with writer Arnold van Bruggen, has traveled throughout the Caucasus to document the “reality on the ground”. In word and image they captured the sheer madness of the Olympic project: Sochi is a rundown Costa del Sol and its Black Sea coast location in a subtropical climate does not make it the most logical spot for ice skating, bobsledding, or cross-country skiing. An astronomical sum of fifty billion euro has been spent on building sporting venues and infrastructure – a considerable part of which has disappeared in the pockets of corrupt officials and developers. The local population is not benefiting from Putin’s prestige project. Poverty is rampant. Add to this lawlessness and religiously inspired terrorism in the neighboring federal republics and you’ve got a recipe for disaster.

Van Bruggen and Hornstra’s The Sochi Project* is unique, both because of its duration and its depth. This is slow journalism at its very best. The duo has really submerged itself in the subject and the results are presented in a constantly changing, internationally travelling exhibition, which at the moment can be seen at the FotoMuseum in Antwerp as well as the DePaul Art Museum in Chicago. Golden Years: Rob Hornstra’s Russia in Huis Marseille contains a lot of material from The Sochi Project but is completed with work Hornstra made during earlier trips to Russia spanning the past ten years. The title is deeply ironic when referring to Russia after Perestroika and the onset of Wild West capitalism. It’s not the bling of the Moscow nouveau riche Hornstra shows but the junkies, street prostitutes, veterans living on a tiny pension, victims of terrorist attacks, bored alcoholics, and jobless youngsters in far-flung regions. The utter hopelessness of life in Dagestan, Abkhazia and South Ossetia – failed states in every sense – is crushing. 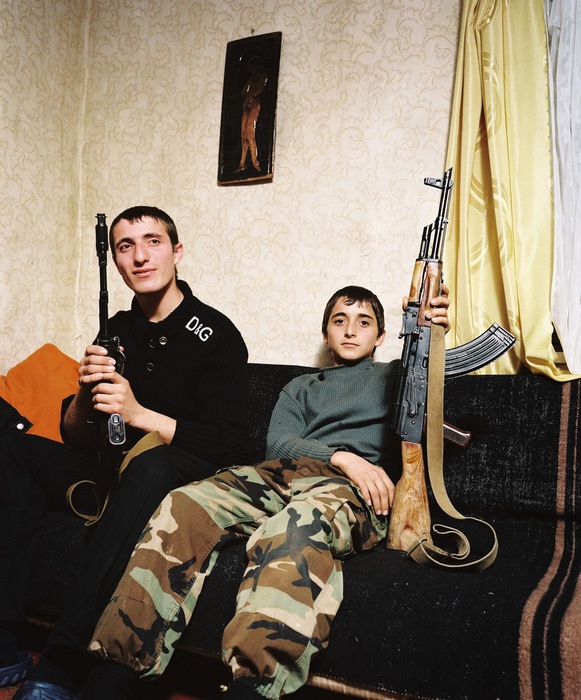 But “Golden Years” may also refer to Hornstra himself. He has given “his best years” to this megaproject, which may very well be the biggest thing he’ll ever do. In October 2013 the photographer’s latest visa application was denied. His days of traveling to Russia are probably over and the Huis Marseille show can be considered a final chapter.

All the more reason why it’s a shame that the exhibition fails to capture the essence of Hornstra’s artistry. The photographer considers himself more of a storyteller than an image-maker. For him the pictures function as triggers or anchors for the life histories he wants to highlight. He considers his books – most recent is the superb An Atlas of War and Tourism in the Caucasus – his real art works. Here image and text are equal and intertwined. In Golden Years this is not the case. It’s a more traditional exhibition, treating the photographs as autonomous pieces and presenting the text as an accompanying extra, an illustration. This approach does not compare well to the exhibition in Antwerp, where the photographs are sometimes presented as newspaper pages and combined with large maps, videos, or an installation of travel souvenirs. 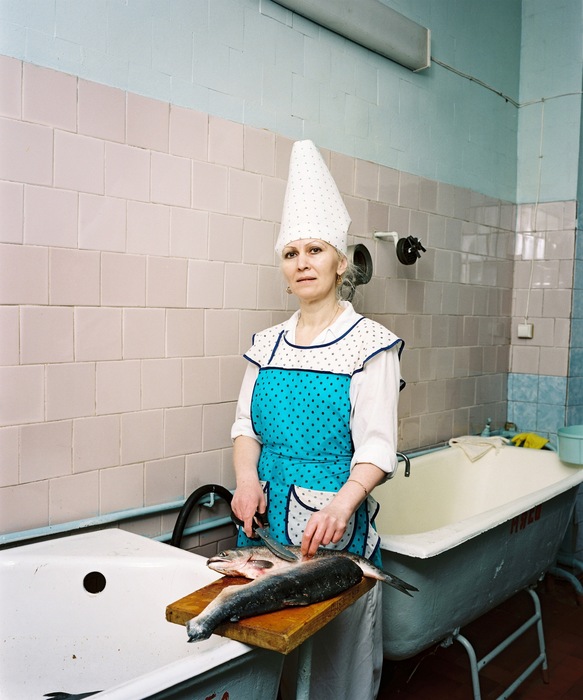 Having said that, the stellar quality of the work itself remains incontestable. Using a large-format camera, a tripod, and a heavy studio flash Hornstra is forced to work with extreme concentration and deliberate slowness. The result is contemplative without being staged. The aesthetic takes on a natural crispness and the narrative is always present underneath the surface but in an understated way. A memorable example is his overview of a marketplace, where babushkas sit on the sidewalk selling vegetables but a heavy gate tells the story of recent car bombings.

Hornstra is at his best in his portraits shot indoors. Here his keen eye for detail and refined sense of composition come to the fore. A retired police officer with an oversized hat and at least twenty medals on his chest sitting next to his ancient television set, tired linoleum on the floor, yellowed curtains as a backdrop—an entire life is encapsulated in this one photo. Hornstra does not romanticize, offers no ideology or drama, but succeeds in bringing across a world unknown and unseen. And that makes for very powerful art.