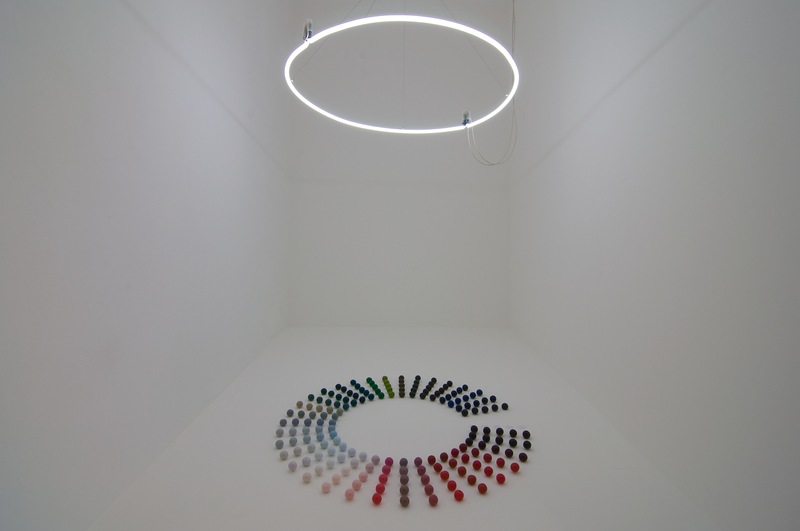 Eternal Return at the End (and Beginning) of an Art Venue

As a project space, SMART's goal has always been to involve artists at a deeper level than regular institutions. In the past couple of years, the Statements series has been bringing to Amsterdam internationally renowned artists like the Russian collective Chto Delat or Nathaniel Mellors, putting them in a curatorial position rather than merely presenting a retrospective of their work. From time to time, different guests have reached out for the participation of the audience, external actors, or other artists. In The Future That Was, Dutch artist Gabriel Lester chose the latter, collecting a series of pieces more or less connected to the holistic concept of the eternal return, the incessant and cyclical transformation of things. The topic is extraordinarily timely, considering the project opens a new season in the venue’s history and, in part, the Amsterdam art scene. From this show on, the venue will be called by the futuristic name of NASA (New Art Space Amsterdam) and, along with its own activity, it will also host some of the assets once cherished by the now defunct NIMk (the Netherlands Media Art Institute, which was axed in the radical cuts to cultural spending last year). Considering the quality of the two individual institutions, the SMART + NIMk addition alone sounds like great news. It also represents a quick response to the traumatic shake-up the Dutch arts are experiencing. For the time being, until the necessary restructuring of both realities pans out, I wish the best to all those involved and look forward to what the future will bring. 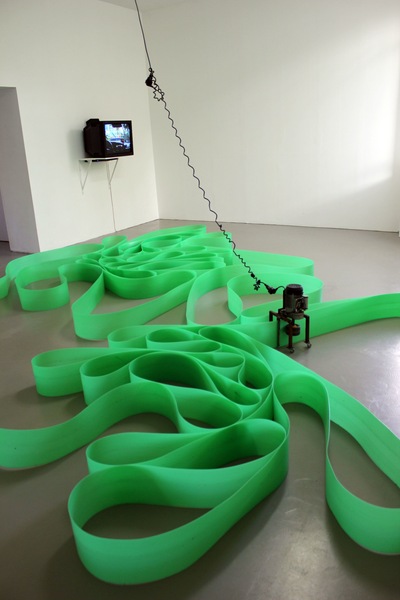 Getting back to the actual exhibition, Lester – not unlike Nathaniel Mellors before him, minus the grotesque – envisioned the whole gallery space as a continuous body, installing a styrofoam corridor that channels the visitors through the rooms and occasionally curls up to embrace some of the artworks on show. Curves aside, the element's recyclable material is the first hint to the eternal return theme, which later takes the form of more or less literal references to the myth of Sisyphus (Marcell Jankovics, Koenraad Dedobbeleer) and the Uroboros (Pedro Barateiro), as well as more abstract sculptural allegories.

One of the first pieces to welcome the visitor is Freek Wambacq's photo of what is seemingly a romantic image of a seaside location. Upon closer inspection you can see a multitude of seashells dotting the shoreline, remnants of a pile the artist used to exhibit as a sculpture. The cycle of things brings those shells together into a piece and then dissolves them back into the sea, captured into another. The show also features other Wambacq pieces, all sharing a similar conception of the artwork as a volatile, open-ended process. Not far from the picture is a series of slides by Runo Langomarsino that document another unfinished object: a monument that no country would buy. 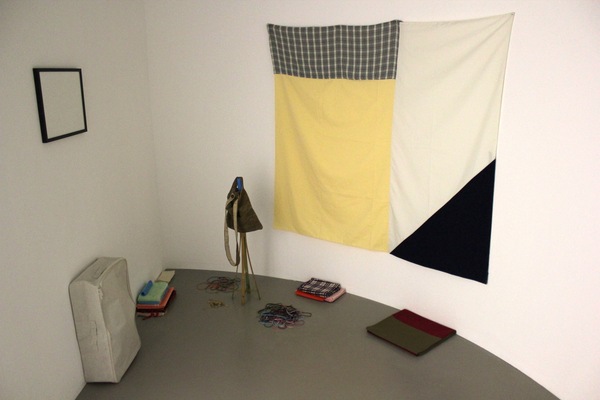 Surasi Kusolwong, 1 Euro Amsterdam Suitcase Martket (As Long As It Lasts), 2012, photograph and elements of the performance/installation: woven bag made of dried marijuana leaves containing money collected from the market event, bamboo stalk base and fabric works; Photo by Carlos Martinez / courtesy of SMART Project Space.

Another intervention worth mentioning is Surasi Kusolwong's performance and installation, which recreates a street vendor's stand in the gallery. At the opening, the artist sold stuffed puppets to visitors for one euro. Kusolwong refers to international trade and the historical relationships between countries, putting a unique spin on the existential background of the show. Elsewhere, drawing from a lighter poetic imagery, Barbara Visser and Gintaras Didžiapetris use a flock of migrating birds as a natural metaphor, while Thomas Bakker screens footage of a wandering air balloon and Hella Jongerius contributes an hour-by-hour color changing spectrum.

Although Lester's minimal interventions and conceptual videos undoubtedly tie the show together and make it work, my favorite piece is probably Zoro Feigl's A long and winding road to nowhere in particular. Using a strange machine that hangs from the ceiling and perpetually combs a thick green plastic tape on the floor, the artist provides an effective allegory of endless movement and transformation. The work’s most elegant aspect is that the machine is moving the tape, but the tape is affecting the machine's movement as well.

Perhaps The Future That Was' strongest and weakest points coincide: on one hand the exhibition's tight cohesion makes the experience consistent in its variations; on the other, the Sisyphean references can feel a bit too literal. For a show about the meaning of life – or lack thereof – there is a pleasant lightness to the experience, with most of the artworks working on an intuitive and aesthetic base. Lester's soft Statement is probably the perfect beginning for SMART and NIMk's current transitional phase, a good example of things coming together and shaping up while still staying flexible.

(Image on top: Hella Jongerius, Daylight, 2010, The colored balls show how the eyes perceive a color differently at various times of the day, fimo clay, approximately 4 cm for each ball; Courtesy of SMART Project Space / Photo by Niels Vis.)