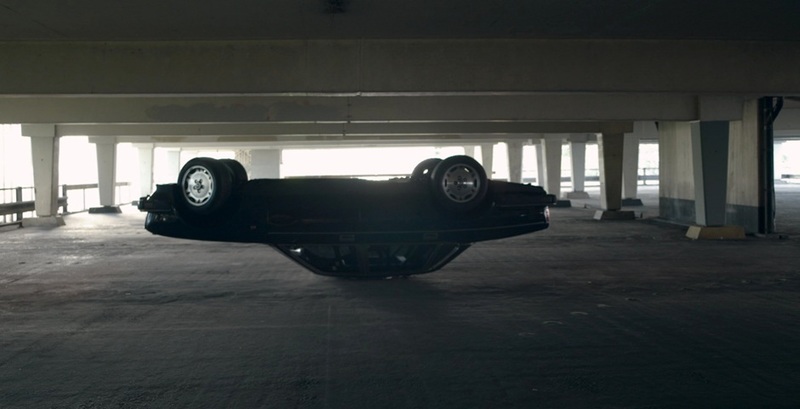 Last time I was at the Kraaiennest metro stop, in the area of South East Amsterdam commonly referred to as the Bijlmer, it was a couple years ago. Just under the elevated metro railway, right in front of the Winkelcentrum, there was an outdoor market going on. At the time I was interviewing some of the shopkeepers at the mall, trying to understand how the Bijlmer Euro was working. The project was an experiment by UK artist Christian Nold and local cultural association Imagine IC, an RFID tag-powered local currency with the aim of mapping the multicultural identity of the neighborhood. Since then, more and more art initiatives have started popping-up in the area.

Most notably, FatForm – a joint endeavor by local art collective FUCK and creative studio Vinger – has been playing an important role in bringing art to unconventional spaces in the Bijlmer, itself quite unconventional as a destination for the art crowd.

After my first visit, the Winkelcentrum was shut down and many of the shopkeepers – those who could afford it – had to move along to a newer location, just down the street, in front of the mosque.  While the city decided what to do with the huge unused building, FatForm managed to turn it, if only temporarily, into an art venue. Now the organization's offices are in a parking garage on the other side of Klieverink, where they also have resident artists come and work. Visiting their headquarters is quite a find, especially if you walk all the way up to the roof, where they have drinks and grow tomatoes under the shadow of two drab apartment buildings. 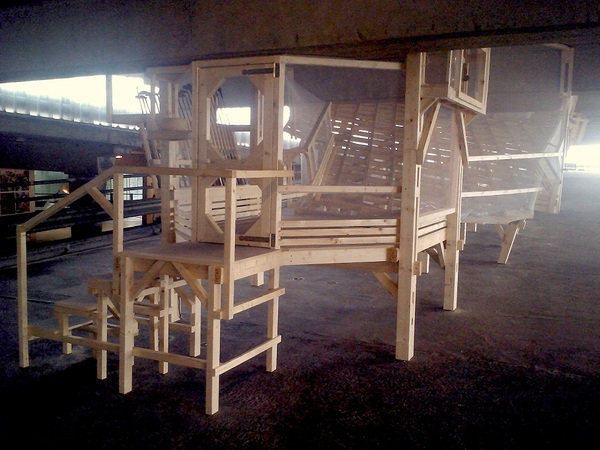 Sachi Miyachi, The Field – an exercise for an optimist, 2012; Courtesy of the artist / photo: Nicola Bozzi.

Present Forever, the exhibition currently on show in the indoor parking garage, is a perfect occasion to go visit the venue – regardless of the art featured, which is (intentionally) a bit too cluttered and of alternating quality. Some of the site-specific pieces really work: my favorites were Lotte Geeven's rotating upside-down car, at the lowest level; and Sachi Miyachi's The Field – An Exercise to be an Optimist, a wooden construction simulating an impossible golf course, almost on the exit to the roof. I was also intrigued by Jonas Ohlsson's installation, which brings the Lascaux caves together with Le Corbusier and other pop cultural references, and Izaak Zwartjes' Basic construction, by far the most interesting architecture-based intervention in the show.

When it comes to paintings and images in general a parking garage is not the ideal venue, and this reflects heavily on most of the artworks belonging to those categories. Some still pull it off alright though: I was positively impressed by Arno Coenen's hand-drawn wooden trays and their satanic imagery; while I thought Sam Geer van der Klugt's Analoog and Koen DeLaere's abstractions somehow fit in the environment, for very different reasons. Job Koelewijn's sketchbooks and timer-equipped headphones were among the pleasant conceptual practices featured, along with the almost Lawrence Wiener-esque floor signage titled Civic Virtue by Ruchama Noorda and Gijsbert Wouter Wahl.

Overall, Present Forever is a chaotic art experience, with its pros and cons. It does have the personality of street art and its underground feel, due to its peculiar location, but it is also definitely under-edited, with too many artworks for its own good – or at least a cluttered display. Nonetheless, what FatForm is doing in Amsterdam Zuid Oost is worth checking out. The city is rich in underdeveloped spaces ripe for creative initiative, but few have as much potential for improvement as the Bijlmer, where the spontaneous livelihood of local markets and communities is already making the best of an unwelcoming infrastructure with things like the Kwakoe Festival. Art can be a great addition to that.

(Image on top: Lotte Geeven, Sovereign, 2012; Courtesy of the artist.)