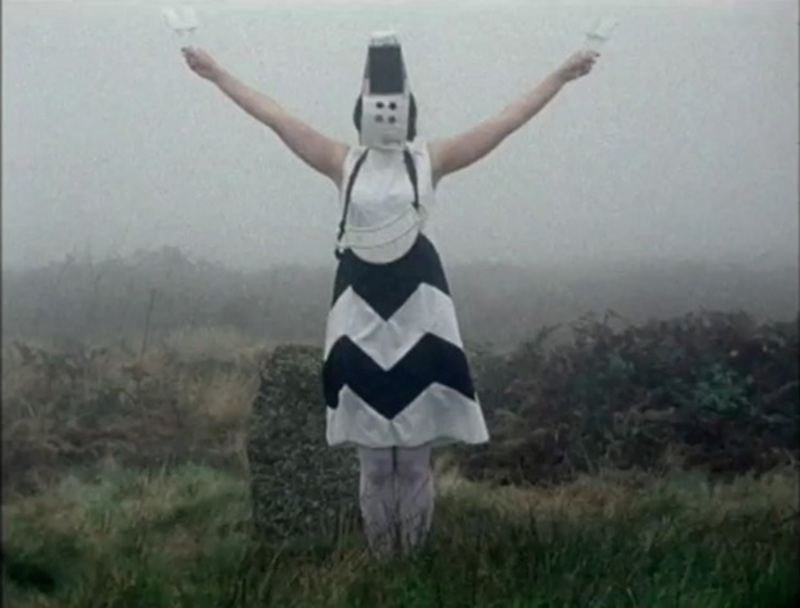 There was a country where they were all thieves
Group Exhibition
Jeanine Hofland Contemporary Art
De Clercqstraat 62 , 1052 NJ Amsterdam, Netherlands
May 4, 2012 - June 7, 2012

There was a country where they were all thieves

Sometimes wandering through an exhibition feels like a stroll in a field, leaving you calm and clear of thought. This was what happened to me when I visited Jeanine Hofland Contemporary Art, which had welcomed guest curator Natasha Ginwala as part of the annual Alongside# residency. Ginwala’s curatorial starting point was her encounter with a Cornish hedge, a wall-like structure made of stone and earth common in Southwest England, while on an artistic field trip in Cornwall. She pondered this ubiquitous part of the landscape, “as a tool to reconsider histories of land, countryside and capital.” Inspired by her own fresh look at the environment, she has selected artists and collectives who, likewise, give us their own accounts of a certain natural areas. They all have different ways of looking at, and showing us a place, “taking the form of immersive dispatches, field notes and temporal mediations.” They could be the thieves of the exhibition’s suggestive title, taking from the countryside what they need to tell their own stories.

The curatorial essay you receive as a guide to the show feels like there is an intellectual, slightly poetic forester showing you the scenery; this presumption is confirmed on the last page of the essay which declares: “we have reached the end of the public footpath.” Ginwala acts like a tour guide, offering information about what you are seeing, but occasionally drifting off and letting her own thoughts take control of her. You could possibly regard these field notes as intellectual rambling, but they offer enough clear information to aid you in interpreting what you are looking at. I found them personal, exhibiting a certain charm, even though I didn’t always have a clue what she was talking about.

Despite all the artwork employing different media and diverse approaches to landscape, there is a pleasant visual and conceptual coherence to the show. The works are all “registrations of/from place”. This might lead you to expect a relationship to Land Art but that is not the case. The artists often exhibit a fictional approach to the landscape, using it to investigate culture possibly even more than nature. 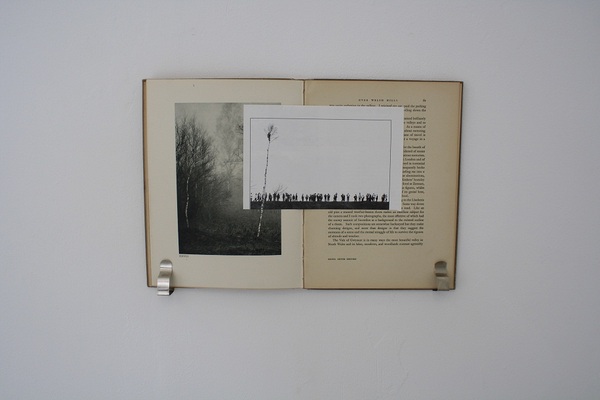 One of the works is the film Better Future, Wolf-Shaped (2008) by the Pil and Galia Kollectiv. A strange rural cult performs rituals and makes offerings against the backdrop of Celtic burial sites. The old camera used creates an anachronism, giving the proceedings a historic, archival feel. The scene’s serenity is suddenly disrupted as the group begins dressing up in strange garments, made from IKEA products. I spotted this when one of them started wearing the exact same lampshade I have in my room as a hood. The ritual turns into an absurd ironic action and the group is suddenly a consumerist trespasser in this historic and natural site. The film ends even weirder with the four members of the group dressed in robes, performing an abstract dance on the perimeters of a square (recalling Bruce Nauman), accompanied by bouncy electronic music. Other notable works are those by Abigail Reynolds who makes clever collages/assemblages with books. By placing images and open books together she creates suggestive new meanings. In Silver Birches the image of a lonely protester who climbs into a skinny birch tree, surrounded by police is placed on top of the image of a British forest in an opened book about the British flora. She literally creates a political layer on top of a book praising the perhaps long gone pure nature.

Helen Mirra, Alpscheit, 2007, wood, paint, found at Waldau, the psychiatric clinic where Robert Walser lived for a while, 5 x 168 x 2.57 cm; Courtesy of the artist and Jeanine Hofland

The last work I would like to mention here is one by Helen Mirra. It consists of a single piece of wood found at Waldau, the psychiatric institute where author Robert Walser spent his last days in insanity. Walser was a writer for whom walks were integral to his practice. One day he stopped writing but continued walking until he eventually was found dead in a snowy field. The work has the enigmatic title Alpscheit (2007), which I discovered to be a sort of dented stick once used to grant villagers access to communal pastures. These stories turn the simple found object into the bearer of different poetic stories and ideas about public and private space.

Even though Jeanine Hofland’s exhibition space isn’t that big, I spent quite a while hanging out in the compact show, long enough to make me feel refreshed – as though I had been walking through the countryside before heading back into the busy streets of Amsterdam.