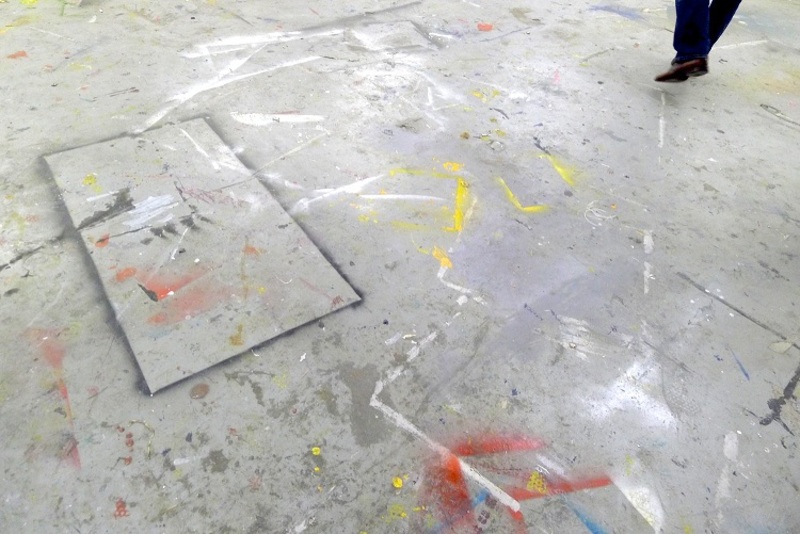 The week of the Rijksakademie has come to an end. Last weekend the institution opened its metal gates to the public for the Rijksakademie OPEN, the annual event in which studios, meeting rooms, and fabrication labs suddenly tidy themselves up, becoming not-quite-white-cubes fit for showcasing the recent productions of the institution’s more than fifty resident artists.

The popular event was drawn even more into focus this year following the cultural spending cuts announced this summer. The future of the Rijksakademie, which was founded by the state in 1870, remains uncertain. In support of the institution (which is naturally hunting ground for local galleries and curators) twenty-nine Amsterdam galleries coordinated concurrent solo and group exhibitions featuring some of the many Rijksakademie alumni on their rosters. All kept extended hours during OPEN, some featuring temporary exhibitions just for the weekend. Others, like Ron Mandos, highlighted Rijksakademie talent for the past month with the group-show 6 x Rijksakademie Alumni. Still others held openings for new exhibitions, which will keep the institution in the minds of Amsterdam art viewers this December.

The Rijksakademie is a world-renowned residency program, a haven for artists which provides a fertile environment for ideas to flow back and forth, to bounce off canvases, get wrapped around sculptures. Artistic relationships are formed; ideas are shared. At OPEN a careful viewer can spot the likenesses of fellow residents making their way into one another’s artworks. Earlier this year, Juliette Jongma featured a shared exhibition of two current residents, Jean-Charles de Quillacq and the much-talked-about young painter Michiel Ceulers. Their unexpected pairing came after de Quillacq copied and altered one of Ceulers’ paintings.

This year’s OPEN proved that we will continue to see Rijksakademie alumni in galleries worldwide. The residents show varying levels of sophistication. I don’t agree with all the names that have been highlighted by the press, but that’s the beauty of such a large-scale studio event like this. There is so much to see (and so many people to see it) that everyone will remember and rave about something different. There was, of course, much more to see and enjoy than I can mention now. Here are some (in no way comprehensive) thoughts and memories I have. 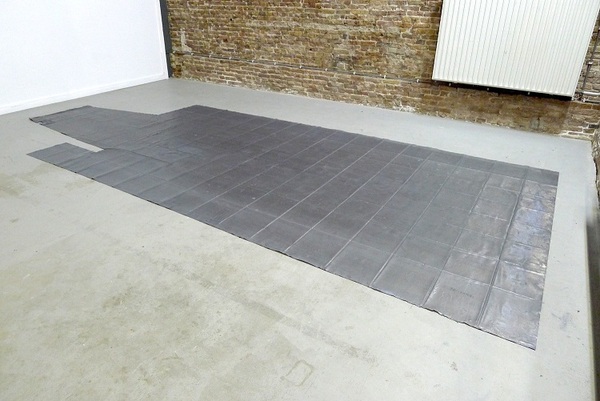 I was intrigued by the idea of mapping throughout a number of artists’ work. Gert Jan Kocken is already a familiar name in Amsterdam, and his archival research continues to produce some fantastic maps and documents that complicate political and historical understanding. Katarina Zdjelar, who had a truly memorable show at TENT in 2009, features human moments of translation and transformation that map ideologies, languages, and bodies onto one another. Rossella Biscotti’s The Prison of Santo Stefano maps prisoner experience with a lead imprint of tiny cell from an Italian Panopticon. And a particular standout for me was Antonio Vega Macotela’s candy-colored installation The equivalence of silver. The work’s saccharine colors belie its dark subject matter, which maps the work of Bolivian silver miners with boleo, the palate-shaped balls of coca leaves that mark the end of a long day in the mines.

There were some great videos, particularly Roderick Hietbrink’s The Living Room, which you might have seen before at Ron Mandos. The snail-paced film had viewers laughing out loud at the simple absurdity of pulling an entire oak tree through an otherwise mundane living room. Muzi Quawson’s latest meditation on rarely seen America was artfully installed and characteristically poetic, and Min Oh’s dreamy exploration of ritual was at once captivating and charming. 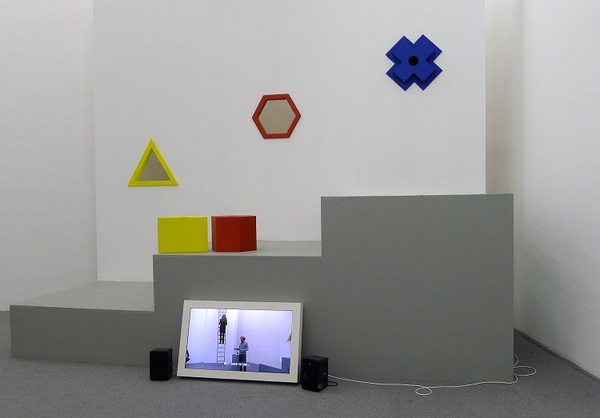 OPEN had a particular focus on performance this year, with five artists participating in both ongoing and scheduled performances. Pawel Kruk’s singing was a bit mystifying, but his MorganStanleyMatthewBarney T-shirt is covetable. A favorite was Feiko Beckers’ candid reflections on everyday happenings, which take place in a world resembling a didactic children’s TV program. His modern-day aphorisms are idiosyncratic, but oddly convincing. Remember people: ignore it, it’s not your fault, it can’t be helped, and there is a time for public displays of affection (and this is not it!). 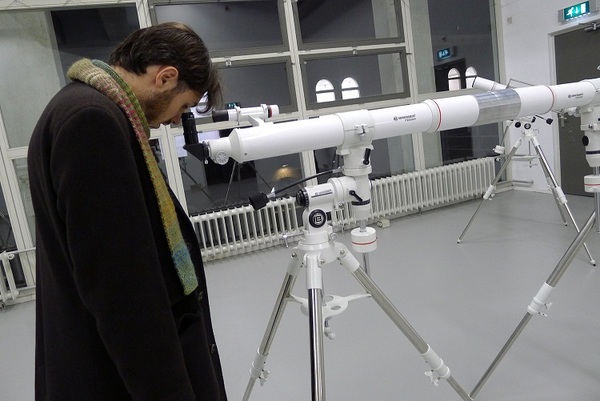 The building itself is also open for exploration, highlighted by the artwork within. Ayman Ramadan’s video and newspaper installation filled a dark and messy fabrication lab of some sort, while Kianoosh Motallebi’s unfeasible telescopes could not look out of the glass-walled observation-type room they inhabited.

Even if you missed the privilege of entering the Rijksakademie’s hallowed gates, drinking coffee with artists and art-watchers in the tiny makeshift cantina, and generally taking in the cool, brain-twisting architectural maze that hosts the residents' studios, you can still celebrate in the institution this month across Amsterdam galleries. Recent openings include:

Amsterdam Art Weekend: A Look at the RijksakademieOPEN's Top Artists
11/28/14
COMMENTS (0)
ArtSlant has shutdown. The website is currently running in a view-only mode to allow archiving of the content.