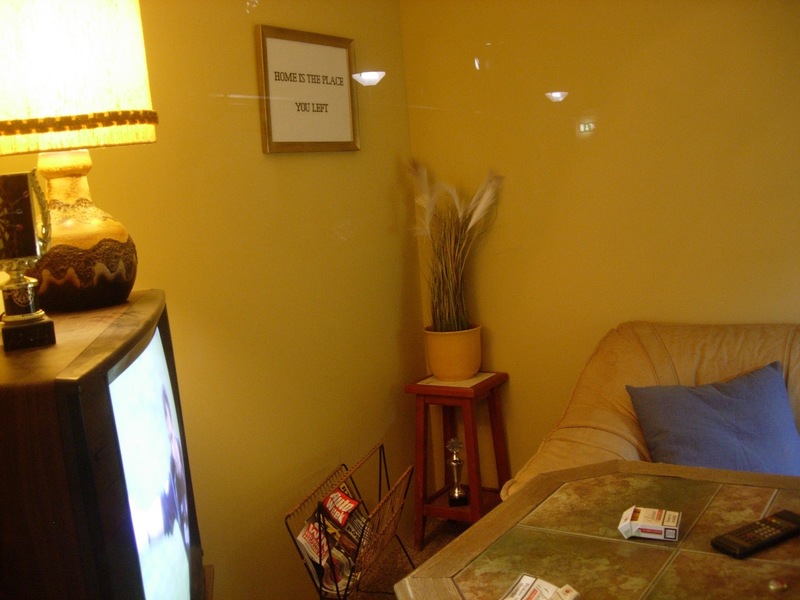 Elmgreen & Dragset, The One and The Many

When I think of Scandinavian contemporary art duo Elmgreen & Dragset the words in my head are: “Party's over.” Their environments are almost always vacant – making exception for the odd hyperrealist sculpture -- yet used up to a point of exhaustion. You get the feeling things have happened, a certain point has been reached, and then everything has deflated. Or maybe no point has ever been reached, and you're witnessing the only state of things ever: a lazy abandonment.

At the last Venice Biennale I had wandered through a collector's apartment, only to find his body floating in the swimming pool, probably worn-out by holistic boredom. To experience the tastefully designed and phallicly decorated Nordic pavilion back then was all in function of that traumatic find, bringing the circle to a cathartic close. Other times, for example a few years ago, in occasion of the duo's solo show at Massimo De Carlo in Milan, I hadn't been that lucky. In that case I had left a bit puzzled, as if I had walked into a movie twenty minutes in and left before the climax. The atmosphere at The One and The Many, the monumental installation hidden inside a huge industrial building in Rotterdam's harbor area, is a combination of the two. There is no climax, but you get the picture - a very cinematic one, too. 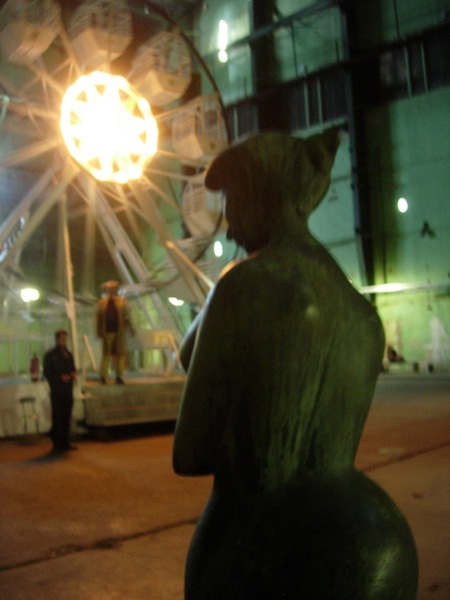 Following the success of last year's Infernopolis by Rotterdam harbor's own child Atelier van Lieshout, the two artists have created a large-scale environment, reproducing – as is their style – a suspended situation. This time we witness a whole apartment building, inaccessible and located in a typical urban wasteland. A sinister Ferris wheel stands right by its side, towering over a disregarded monument. Trash and rubble lie everywhere, suggesting decay and squalor. A few actors animate the landscape: a mechanic works on a wrecked and wheel-less limo, a young mother lazily reads a magazine with a baby carriage besides her. A third actor – but qualified for his task, you hope – lets you in one of the claustrophobic boxes of the Ferris wheel, for a squeaky spin. 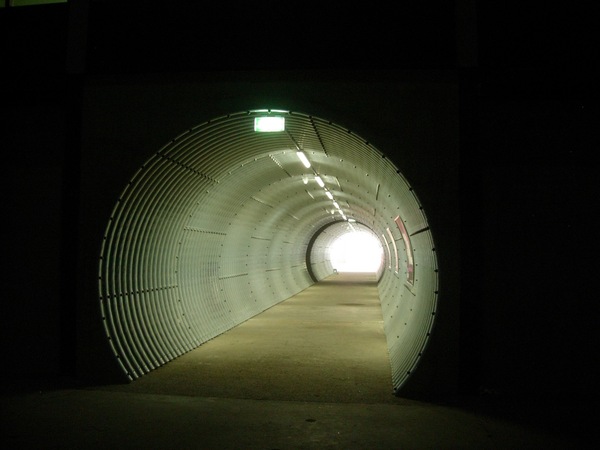 The atmosphere is one typical of environments: you don't talk to anybody, you don't touch anything. It's a bit ironic that the more real an art environment looks, the less you feel entitled to participate in it. Art makes you appreciate simple things better, but when they are inside of an art project you tend to be more like, “Uhm... maybe next time.” The more inhabited Elmgreen & Dragset's installations look, the further sucked away from life you feel. I'm pretty certain you cannot enter the building, but I'm not quite sure I even tried to pull the front door open. 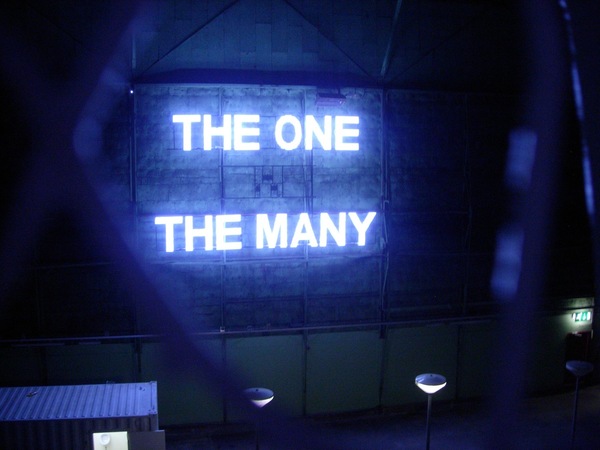 There is an uneasy feeling of excitement and frustration as you peep into those windows, either from the ground floor or from a specific area equipped with binoculars, or wander in the public toilets installed in a small boxy structure on the other side of the exhibition space, right under the blinking THE ONE & THE MANY neon sign. You're looking through the glass, at the life of a young Chinese woman, of a working class single man, of a housewife, of a young gay boy, and you're trying to absorb the lowest vibes in the place. Those cubicle houses sure feel like home, compared to the cold and dirty neighborhood on the outside, but the stickers and the writings covering the building remind you the people inside – whom you don't see, apart from the gay boy – don't really have a choice. In front of the small condo, an art history book lies abandoned in a trash container, the witness of a barbaric and ignorant world refusing the redeeming touch of culture. 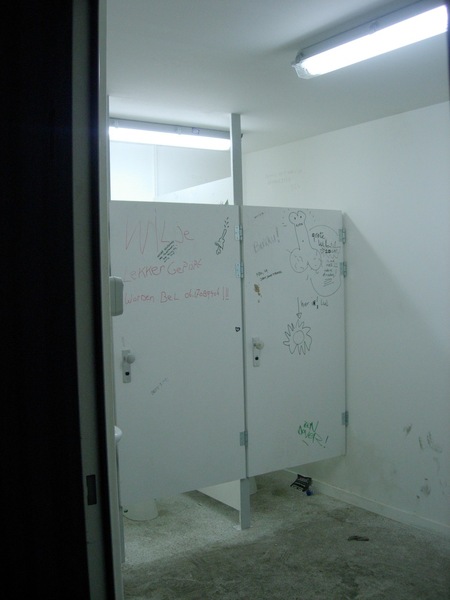 With his ready-made toilet Marcel Duchamp was poking fun at gallery conventions rather than toilets. The one he used was an actual toilet, too, not a replica. Elmgreen & Dragset's world is instead staged within the art domain, seized by a tight glossy patina of interestingness. Millions of real people live those fake lives, inhabit the reality show the artist duo uses as a metaphor of contemporary misery. By shooting a documentary instead of verbatim recreating an installation, for example, the artists would have brought the actual toilet in the art box, albeit filtered through editorial decisions. The interpretation still lies in the eyes of the beholder – another Duchamp fave – but, while art survives technical reproduction, respect doesn't necessarily.

(Images: Elmgreen & Dragset, The One and The Many, exhibition view; Photo by Catalina Iorga)

Posted by Nicola Bozzi on 6/20/11
Tags: hyper-real mixed-media installation
RELATED ARTICLES
COMMENTS (0)
ArtSlant has shutdown. The website is currently running in a view-only mode to allow archiving of the content.