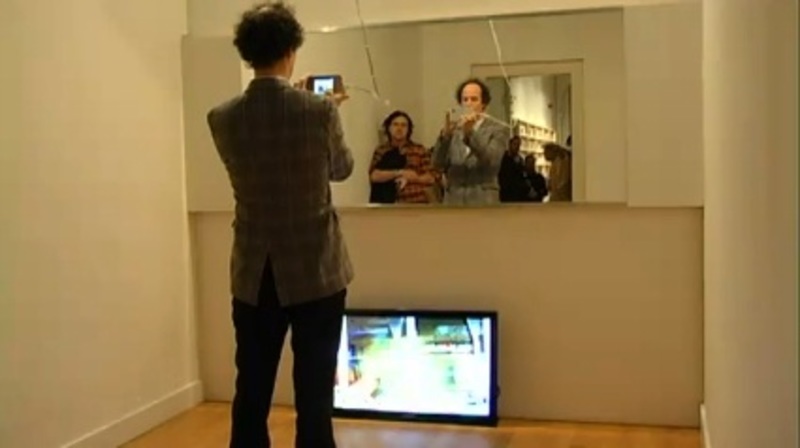 When you read the expression “in the cloud” it usually refers to this immaterial mass of information that is supposedly hovering above our heads, in the magical realm of the Internet. Cloud Sounds takes inspiration from the web of clouds and crowds, the ones actively uploading tons of stuff everyday and, at times, creating something unique. Launched in conjunction with 5 Days On, the art program backing up the popular 5 Days Off music festival, NIMk's exhibition is sound-oriented, spiced up with the institution’s usual multi- and cross-media approach. 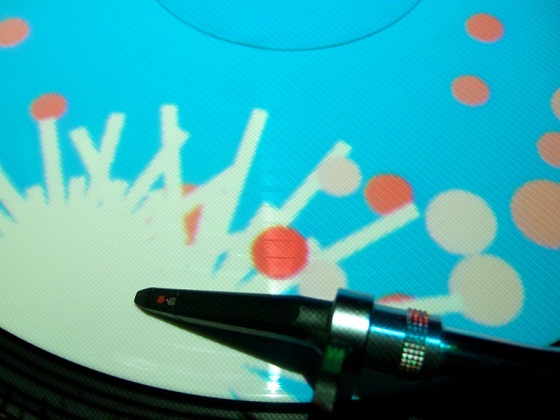 The featured pieces follow two common threads – after the first and the second half of the show's title – with a couple successfully nailing the two. On one hand we have the interactive pieces, like LoVid's touch-responsive electric wires or Jonas Bohatsch's hypnotic spinning record. The visitor can play and influence an audiovisual flow, but the experience is more like a solitary fiddling than a collaborative achievement. 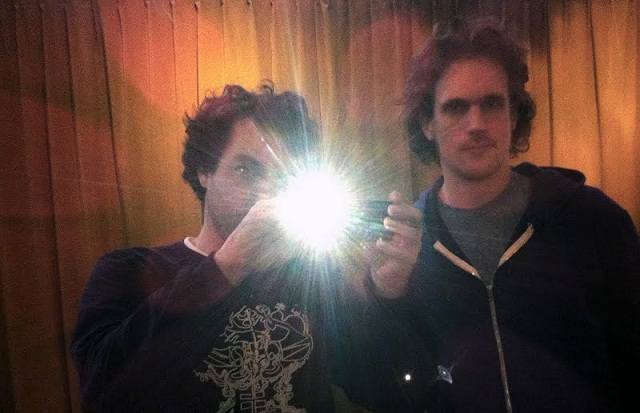 On the other hand we have crowd-sourced projects that lack the sound aspect, like Wouter & Puckey's flitser.org. The piece is an ironic representation of the Flickr generation, but there is no soundtrack to its frantic slide-show of narcissistic self-portraits. In the middle, iconic artworks like Thomson & Craighead's ghost piano or Harm van den Berg's nostalgic stereo setting provide a more romantic – and a bit confusing – atmosphere, to enjoy on a more aesthetic level. 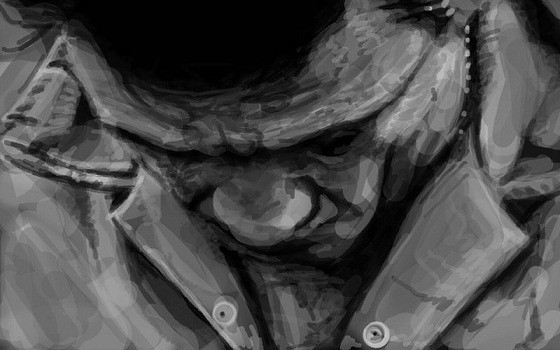 The best works on show, the only two successfully conjugating a collective effort and an auditory element, are on the opposite ends of the technological spectrum. The first is The Johnny Cash Project, by Aaron Koblin and Chris Milk. As a tribute to the American singer, it operates as a website where users can contribute to a video clip by drawing single frames of Ain't No Grave, and then submit them to create a collective rotoscoped version. In a video projection at NIMk, visitors can see how the clip is going as of a few months ago.

The second work is an analog one, and it is as good as it is simple. Stijn Demeulanaere's Soundtracks is a sort of database, a collection of glass jars each containing the description of a sound, as remembered by one of the show's visitors. There is no actual audio involved, but – as in the Johnny Cash tribute – memory is the real stage. Despite being the most lo-tech piece in the exhibition, Demeulanaere's work is the most effective in capturing the impalpability of the cloud, be it online or in our heads. 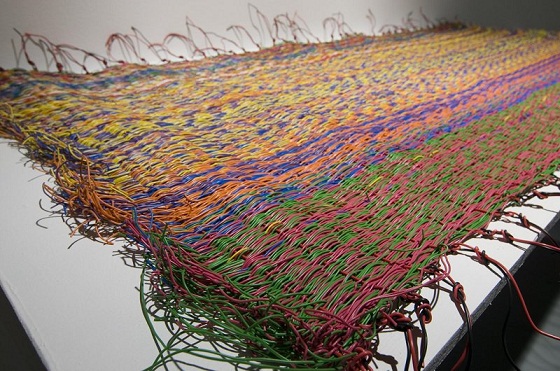 Given I am not a big fan of technology or interactivity at all costs, I was pleased to see such a varied display of old and new media together, as well as a diverse range of experiences. With its highs and lows, Cloud Sounds manages to keep its average on good levels, interesting and stimulating beyond its title.