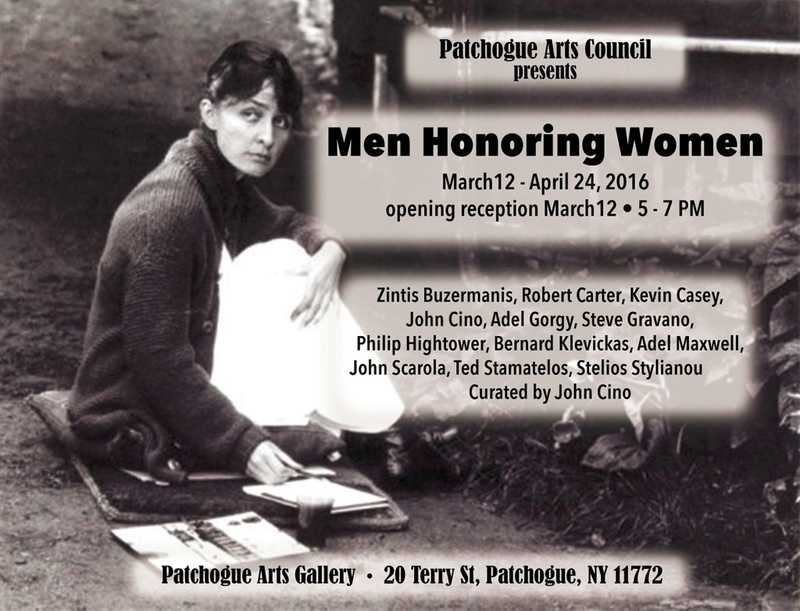 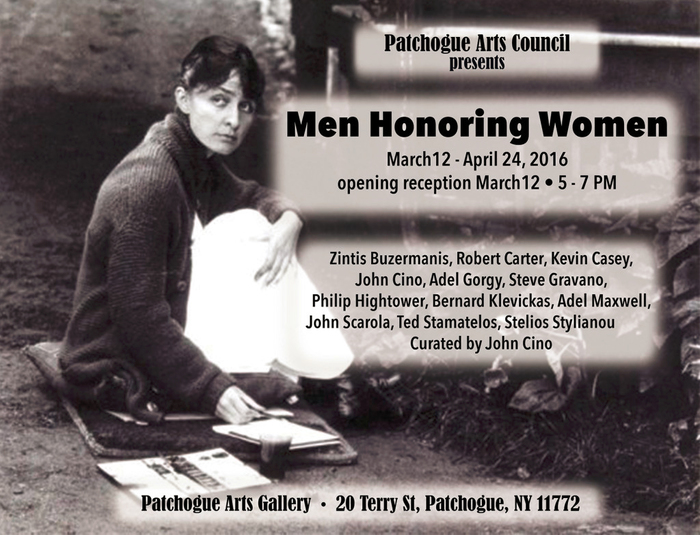 Men Honoring Women, an exhibition presented by the Patchogue Arts Council puts a different spin on the celebration of Women's History Month.  A group of male artists were invited to present works about the Sacred Feminine, the Earth Mother, and the achievements and importance of women in history.  The show itself is strong and sensitive, as are the works included. 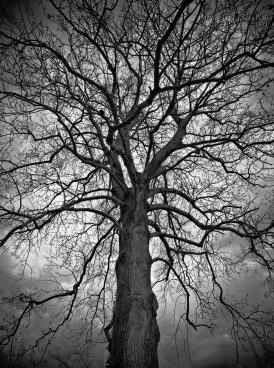 Zintis Buzermanis' delicate black and white photographs of trees speak of nature as a life-giving, maternal force and celebrate the natural cycles of time and existence.  The low vantage point emphasizes their towering presence.

Robert Carter's women tower in their own way.  His two monumental paintings – one depicting his mother, and the other his wife – speak volumes about his vision of women as powerful, graceful forces.  In Mama Paid My Tuition, through delicate lines and a figure and background infused with soft gold tones, Carter responds to a hard life with gentleness and caring, and in his multimedia portrait of his wife, Proud Queen, it's Carter who one senses is filled with pride.

Kevin Casey's Dual Feminine blends a sense of as above, so below, with two figures mirrored vertically.  The multicolored geometric pattern above and reflected underneath is reminiscent of stained-glass windows and suggests a subtle spirituality. 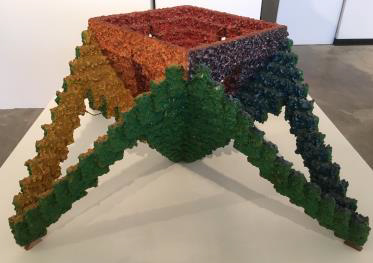 John Cino, who curated the exhibition is an accomplished sculptor.  In  Matriarchal Monument and Lunar Mother (both 1987) he addresses the idea of the earth as mother. Lunar Mother, while simple in form, is composed of many layers stacked to suggest the shape of a pyramid, volcano or altar, while Matriarchal Monument is a complex tumbling of line and color, bringing to mind both M.C. Escher's etchings and pre-Columbian art. 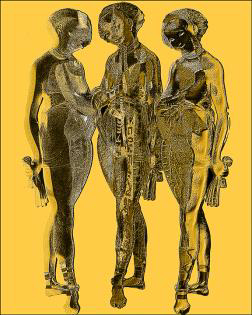 Adel Gorgy's One Woman… Three Faces of Grace after Cranach (Venus), 2015, shines with ethereal elegance and reminds the viewer of another traditional role women: as muse.  Gorgy's women embody classical grace, but through the lens of cool modernism.  He includes repetition, as Warhol did, employing the three figures, and incorporates text into his abstracted photographic art printed on golden metallic media.  The image feels etched, ancient, sophisticated and contemporary at once, and continues Gorgy's longtime engagement in creating art about art. 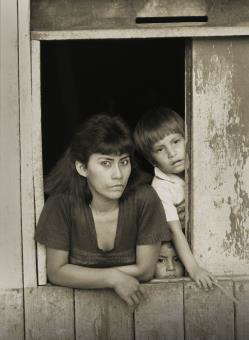 Echoes of Dorothea Lange's iconic photograph of a migrant mother and children can be perceived in Steve Gravano's Peruvian Mother and Child.  Both pay homage to the challenges of motherhood with sensitivity but without flinching from hard truths.  Gravano's photograph captures the eternal nature of nurturing with timeless clarity. 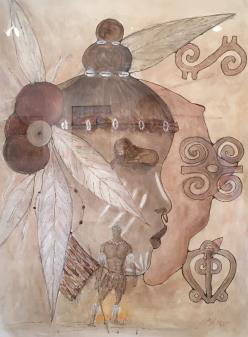 In Eyes on the Pride, a watercolor by Philip Hightower, superimposed images of symbols, a lion, a warrior, and the thoughtful gaze of a woman in profile speak of ancient histories and mysteries presided over by women.   Its muted tones recall savannahs and grasses. 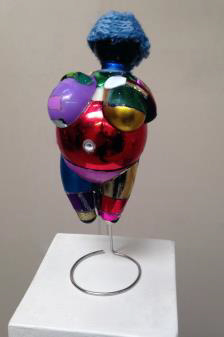 Bernard Klevickas's Venus of Baubles, 2014, offers a humorous yet reverential take on fertility goddesses.  It parallels the iconic Venus of Willendorf, but this time she's shiny like a holiday decoration.  In fact it's made of repurposed Christmas tree balls in red, purple, gold and blue, and reminds us that while goddesses may wield great power, they can also make us smile. 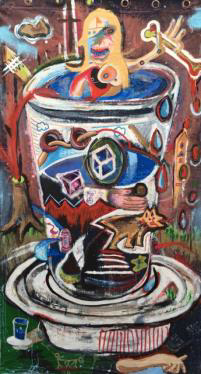 Adel Maxwell's Fountain painted in bold colors and strong brushwork on a recycled shower curtain includes a variety of found media. Maxwell states that his work is a process of anthropological discovery and creation, that is revealing in its outcome and necessary to survival. 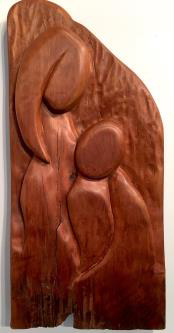 A reclaimed piece of cherry wood sculpted by John Scarola, Mother and Child, honors both the earth and the mother and child he depicts with simplicity and grace.  It also hearkens back to the presentation of mothers and children, both secular and religious, throughout the history of art. 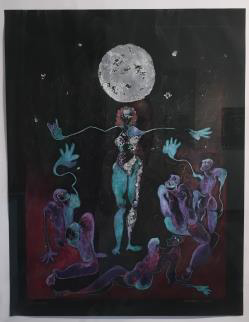 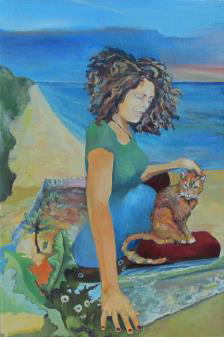 Stelios Stylianou's landscape presided over by a pregnant woman, titled Cradle reminds us that while goddesses, priestesses, warriors and muses have all influenced the lives of humans, perhaps none do more profoundly than our own mothers, in all their simple beauty.

Men Honoring Women highlights the work of 12 men, and through their work, the contributions of women in our lives.  Half the world are women, and all of the world is half made by those women.  To quote Beyonce "Who runs the world?  Girls."  Cute song, at least fifty percent true.  The Guerrilla Girls, the artist collective that tried to shake and wake the art world by pointing out the dismal disparities between the way women's art and men's is treated by museums, galleries and the marketplace, just celebrated their 30th anniversary.  Much has changed in those years.  Much hasn't.  Seeing the work of a dozen artists, selected and pulled together by curator, John Cino, into a  beautiful, thoughtful, cohesive exhibition that communicates female strength and contributions is a great way to celebrate Women's History Month and a step in the right direction.

Posted by Mary Gregory on 3/20/16
RELATED ARTICLES
COMMENTS (0)
ArtSlant has shutdown. The website is currently running in a view-only mode to allow archiving of the content.