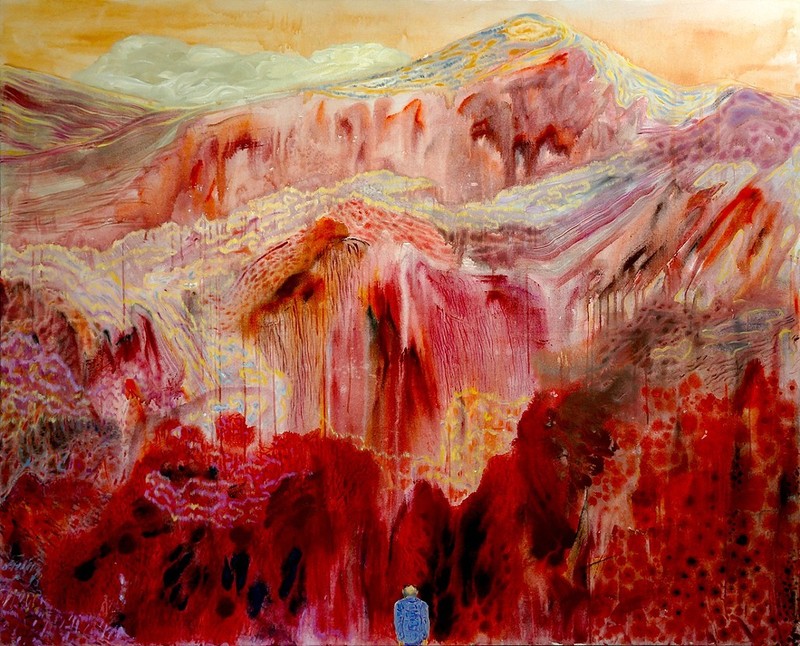 Denver: A Mile High State of the Arts

Big city digs alongside premier Rocky Mountains destinations, an unquenchable taste for craft and micro-breweries, an accelerating infiltration by the young and ambitious… top it off with the legalization of marijuana and the result is a city bursting with people and energy. It’s an exciting time to be part of the emerging cultural scene that is Denver, Colorado. Following heightened national scrutiny and increased tourist attention over the past year, the Mile High City feels ripe and ready for a unique creative tableau, and is developing into a creative hub accordingly.

In terms of its development, I will place Denver firmly in the “arts center adolescence” phase. Of course, this begs the questions: what is an arts center? What are the components necessary to have one—and to make it successful? A well of art makers, to be sure. But additionally, a supportive infrastructure of dissemination, criticism, and a sustaining economy (namely, collectors). In Denver, it seems that in conventional galleries, sales have been the key motivating factor in choosing which artwork is commercially shown. However, there is an equally—and increasingly—thriving arts scene producing and exhibiting challenging shows of contemporary artists.

In this growing scene, energy is ebullient, artwork is edgy, curators are risk takers, and the openings are impressively populated. However, this grassrootsy-ness, though delightful, tends to go hand-in-hand with a pervasive unchecked-ness in which the energy for arts and artists overflows the current infrastructure of support that promotes, challenges, and ultimately propels artists forward. This is evidenced, for example, by the widespread presence of artist cooperatives. There are many advantages to the artist co-op model, and there are benefits for artists. However, the disadvantage of having so many is that art is made and shown out of pace with the other necessary factors of support: criticism, curation, consumption.

Despite these criticisms, Denver-as-creative-hub is certainly on the rise. There are emerging galleries and art districts, as well as well-established venues offering up valuable exhibitions and access to the incredible talent of local, regional, national, and international artists. In no particular order: 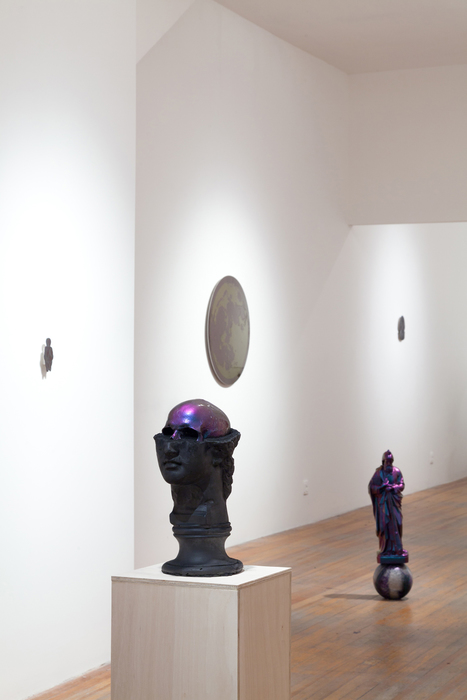 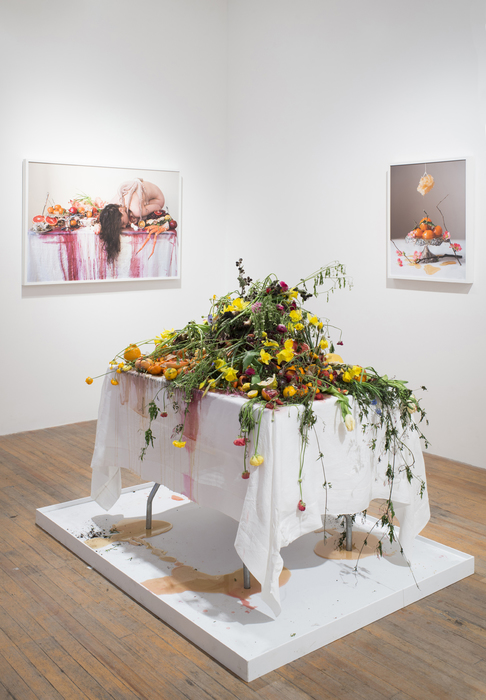 Gildar Gallery, founded by owner and director Adam Gildar in 2012, has made quite a name for itself in only a few short years by staging innovative exhibitions with an ongoing interest in curatorial collaboration and expansive vision. The gallery is currently participating in the citywide biennial Month of Photography (MoP), celebrating fine art photography, with A Tented Sky, a solo show of local artist Kristen Hatgi Sink’s disconcerting and sensual images, drawing on concepts of desire, decadence, and the gaze.

Previous exhibitions have included collaborative projects such as TAKEOVER and DE-CO SL-UT. TAKEOVER, a group show exploring themes of power and politics, guest curated by Los Angeles-based Charlie James of Charlie James Gallery, was framed as a curatorial coup d’etat. Most recently, DE-CO SL-UT was a co-curated show between Denver and Salt Lake CIty, Utah. The show featured artists from both cities, opening a dialogue that sought to formulate a potential lexicon for contemporary art in the American West. 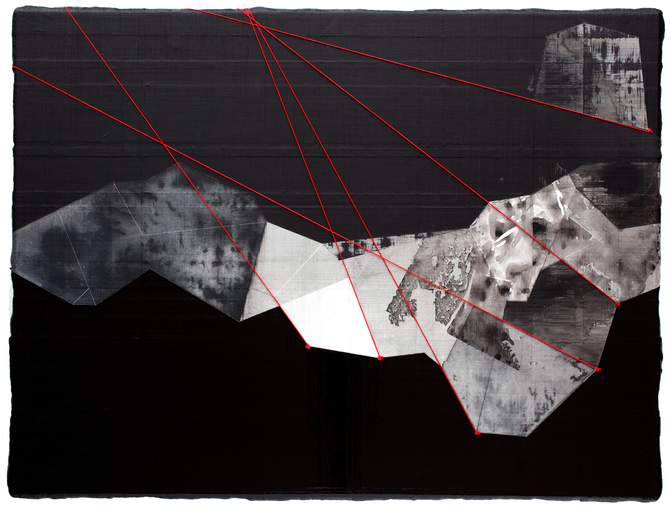 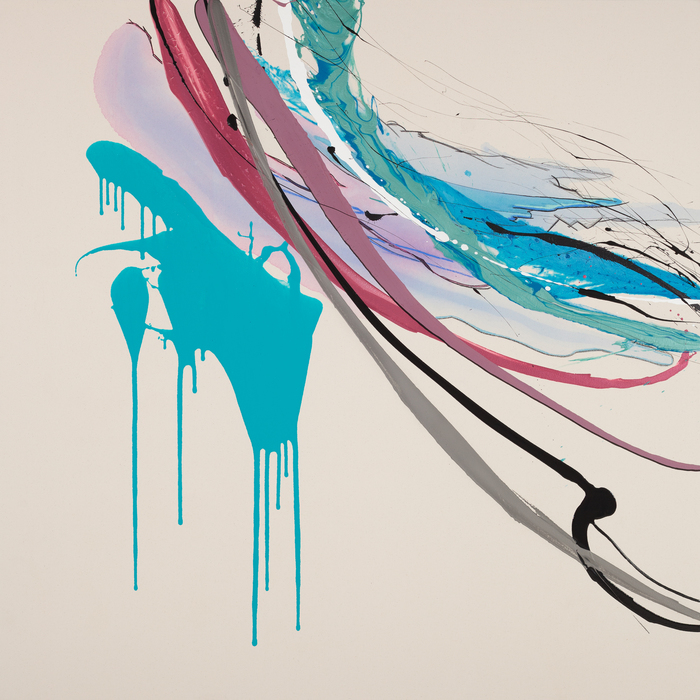 Previously located at 2501 Larimer Street, at the cusp of the River North Arts District (RiNo), contemporary art stalwart Plus Gallery has settled into a temporary base of operations within Metropolitan Frame Company at 424 Broadway, after the sale of their previous space. Situated within this new collaboration, Plus Gallery is currently exhibiting the group show New, Very New (February 18–April 18), featuring—you guessed it—new work by gallery artists Xi Zhang, Laura Krudener, and Frank T. Martinez. Though the show combines three very distinct aesthetics—Zhang’s penetrating landscapes and interiors, Krudener’s abstract meditations on movement, and Martinez’s explorations of pattern, geometry, color, and density—the opportunity to view these Denver-based artists provides a window into the strength and range of work produced locally.

The gallery is helmed by owner and director Ivar Zeile, who has been creative director for the Denver Theatre District since 2009, and also initiated Denver Digerati in 2012, a project that fosters public programming for new media and motion-based arts in public spaces throughout the city. 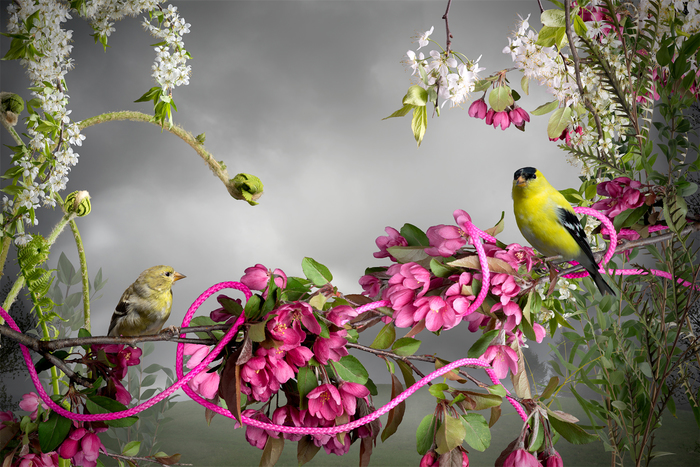 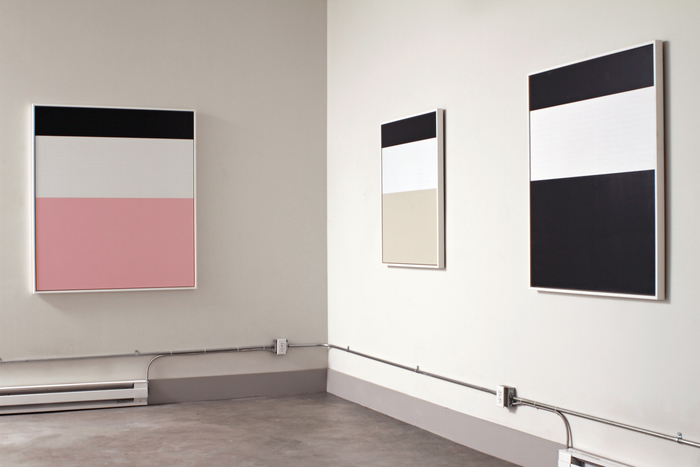 RiNo, the River North Arts District, is a sprawling industrial neighborhood northeast of downtown. It’s full of edgy, spacious warehouses, foodie-restaurants, boutique coffee shops, and the ever-present craft breweries that are popping up alongside modern lofts. Despite the growth, the neighborhood has thus far held onto the unpolished, raw feeling of dilapidation awaiting conversion into artist studios and offbeat startups. This is the stuff hipster-gentrification dreams are made of.

Amid the impending air of pretension, there are a growing number of strong exhibition spaces. One of these is RULE Gallery, which occupies a tiny, unassuming space on Walnut Street. RULE Gallery, initially founded by the late, beloved, gallerist Robin Rule in 1987, and re-initiated in 2014, exhibits abstract and conceptual contemporary works from prominent artists from around the country as well as regional artists. Recently, String Theory (February 13–March 21) paired Clark Richert and Matthew Larson. Upcoming shows include Confected (March 27–May 9), a Month of Photography show featuring work by local Jason DeMarte, and Hypnagogia (May 15–June 27), featuring new works by Pard Morrison that bridge painting and sculpture.

RULE Gallery will be expanding into a second exhibition space in Marfa, Texas, this spring. 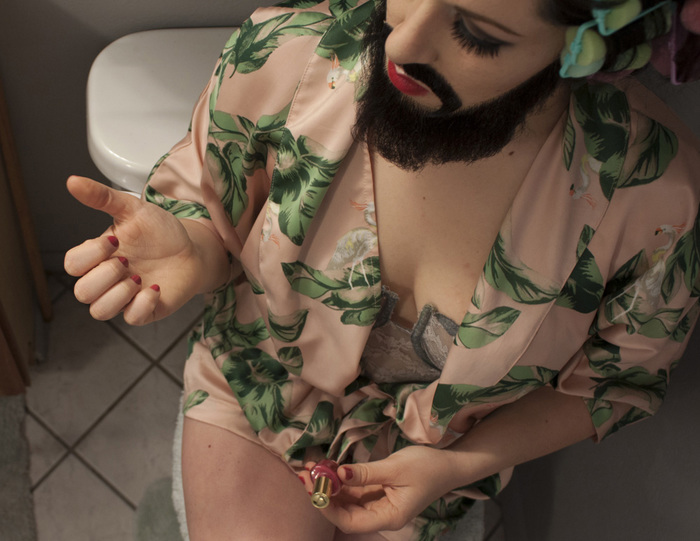 Nina Katchadourian: Lavatory Self Portrait in the Flemish Style, #s 3, 11, 12. All images courtesy of RedLine

RedLine is a non-profit organization that combines an exhibition space with a prestigious artist residency fostering emerging and mid-career artists. Occupying an expansive building on the edge of RiNo, the space hosts as many as 10 to 15 residents at a time, and many actively participate with the community through artist talks, youth education and outreach, and other events meant to engage the public with visual arts. RedLine is currently hosting two Month of Photography exhibitions. The group show Playing with Beauty (March 14–April 19) curated by MoP founder Mark Sink, features 25 artists exploring the loaded subject of beauty in fine art photography. Role Play (March 14–April 25), presented in conjunction with the Colorado Photographic Arts Center is a group show with artists Chan-Hyo BAE, Nabil Boutros, Nina Katchadourian, Stacy Kranitz, Sally Stockhold, Stacey Tyrell, Allison Welch, and Jordin Paige Wommack. This show highlights self-portraits that explore themes of self-transformation, and issues involving visualizing identity. The exhibitions are accompanied by a handful of events, including lectures, performances, and workshops. 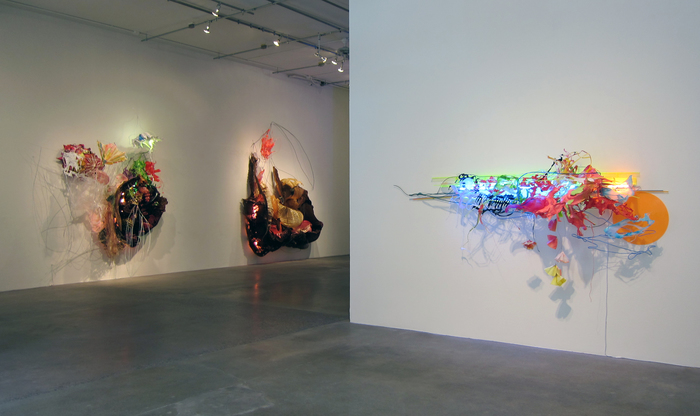 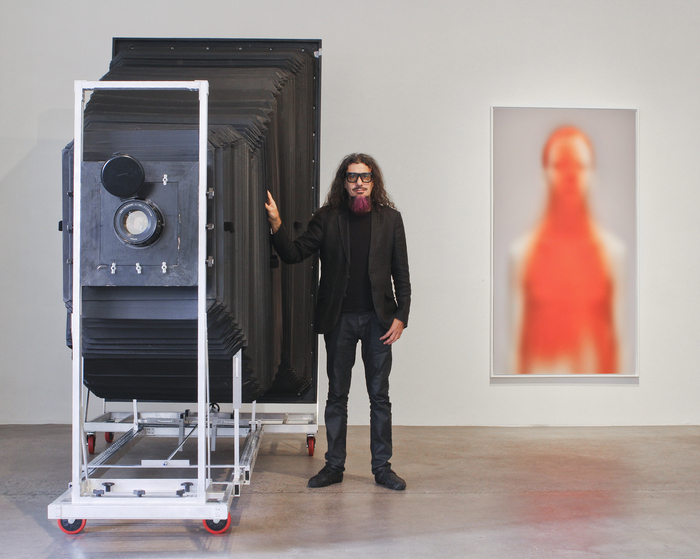