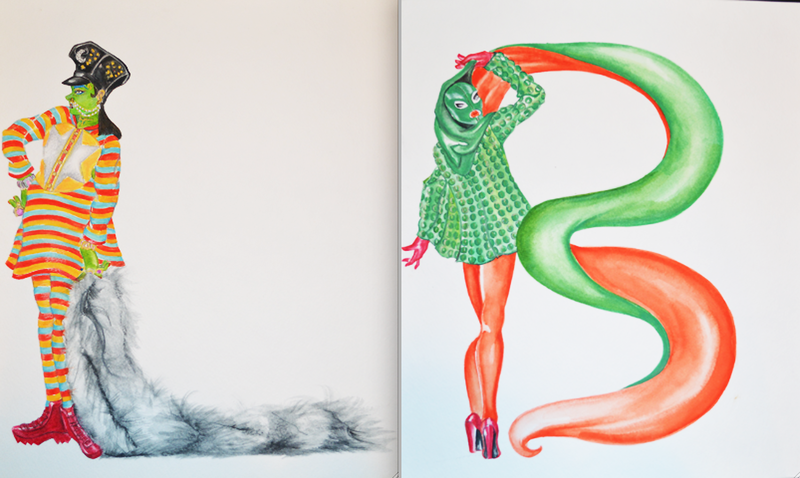 With a flurry of activity already under way in this year’s Miami Beach Art Basel, it’s no surprise that some artist groups are creating their own activities outside of the huge event. Described as “an unabashed exhibition of queerness,” the Queer Biennial I is taking place during Art Basel weekend at the Hôtel Gaythering. The Hotel is known as a meeting place for Miami’s LGBT locals and is the area’s only hotel that caters solely to this community. The space is transformed with more than 100 artworks from 35 artists, curated by "Conceptual Pop" artist Rubén Esparza.

Queer Biennial I includes artists from a variety of aesthetic and cultural backgrounds. For example, Gio Black Peter, a New York Cigty-based Guatemalan artist, creates performances and two-dimensional pieces that explore authority, identity, and rebellion. Many of his paintings combine acrylic with portions of the NYC subway map to create complex portaits of confident young men. 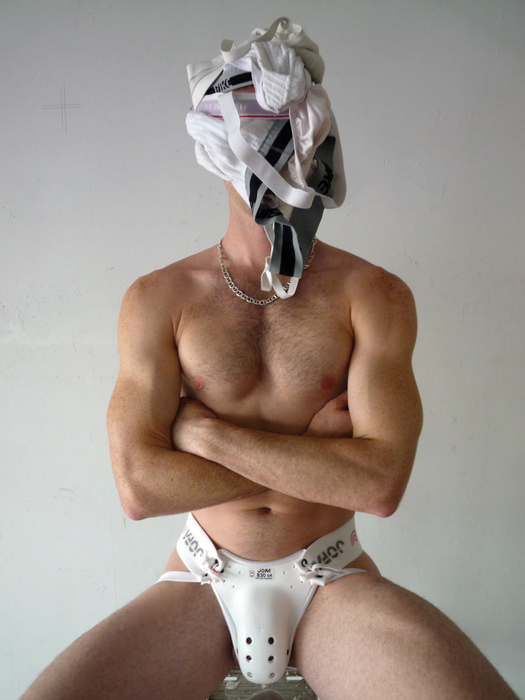 Meanwhile during the exhibition, Los Angeles based artist Ben Cuevas will spend time in the hotel locker room, knitting himself a jockstrap as he sits nude. This “knit performance exploring space and gender,” (as his website describes it) looks to shatter the associations between knitting and gender tropes—or specifically, the definitions of women's work versus men’s work. His performances takes place nightly from December 4—6,  8—10 pm.

Lili Lakich, an artist working in neon with a number of public art pieces, has also contributed work along with figures like Slava Mogutin—the first Russian man to receive political asylum from the United States for homophobic victimization. Other names includes Alex La Cruz, Amy Von Harrington, Stuart Sandford, and Alonso Tapia. The exhibition first debuted in Los Angeles and this iteration hopes to attract both Miami’s LGBT residents and those visiting from other locations. Beyond Art Basel, Queer Biennial I will stay on display at the Hotel until January 14, 2015.

On the Fear and Reality of Missing Out: Art Basel Miami Beach, Day 1
12/4/14
COMMENTS (0)
ArtSlant has shutdown. The website is currently running in a view-only mode to allow archiving of the content.