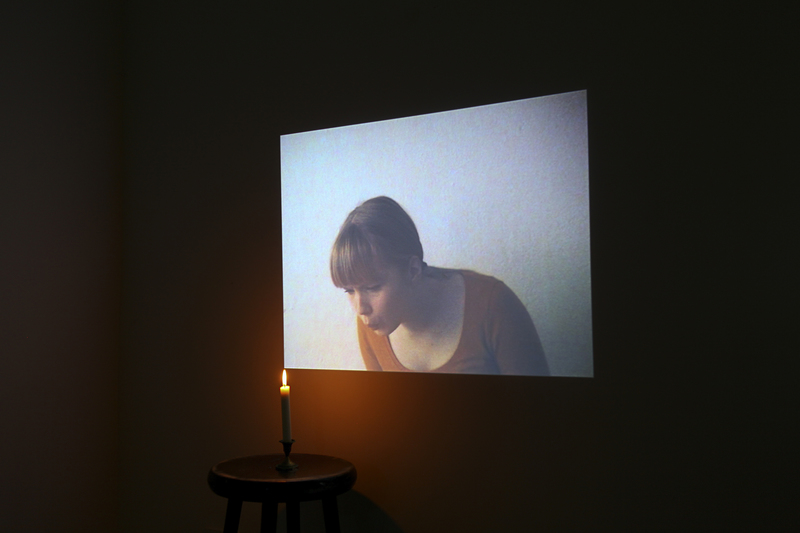 We often find ourselves obsessing, searching for meaning in the most mundane of memories; snippets of otherwise insignificant time that we somehow hold dear—the amalgamation of these seemingly negligible moments come to define us. Rarely recorded, we seldom have the ability to revisit the colloquial snapshots—spaces and habits that reify our existence, frame, and lend it substance. And while staring into the mirror of our memory our constant stream of present is observed. Finnish artist Marjatta Oja (b.1962) substitutes this reflective surface for the translucent screen and invites viewers to interpret and question themselves within the space of these moments.

Entering her exhibitions is akin to stepping into her unconscious—a mental landscape projected and made tangible. As viewers we’re forced to circumnavigate found objects, simple constructions, screens, projections and their corresponding mechanics. Scattered piecemeal imagery projected onto different surfaces—some revolving on the walls of the gallery encircling viewers, some reflecting into mirrors or translucent screens. Occasionally projected back onto the object of their depiction as in Kylpy/Bath, 1990, where a video of a bather in a tub is projected back onto a minimalistic brick construction representing a bath. In Mami, 1991, the artist records her mother’s anecdotes repeated to Oja throughout her childhood. Utilizing a small monitor as a stand in for the memory of her mother, the past and the present bisect creating a space of memory, documentary and voyeurism. 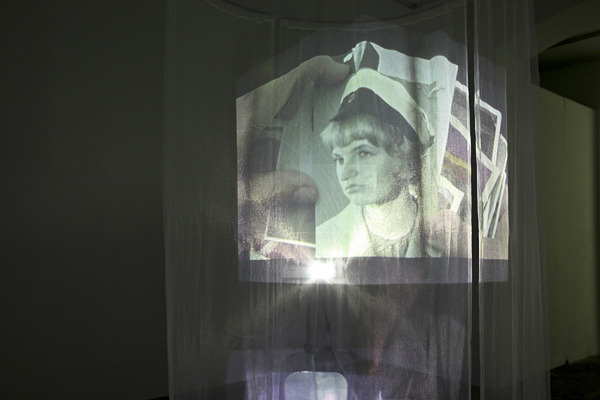 These constructed encounters framed with fabricated and biographical content warn viewers that this is not a passive viewing environment. Oja’s installations are most definitely meant to be grappled with, not be seductively immersed into. They refuse to yield to viewers' desire for immediate answers, instead blurring boundaries between colloquial and metaphor in order to engage and prompt one to investigate the somewhat surreal, often truncated, imagery.

Having studied at the Academy of Fine Arts in Helsinki and under Arte Povera’s Luciano Fabro in Milan, Oja quickly realized that painting, and most other traditional two-dimensional media, presented a unique set of irresolute problems. For Oja, these mediums were impenetrable, un-malleable; they held an interpretation of the world rooted to their own materiality, too far gone from the world that surrounds her, an anxious world of continuous movement. When she first began working with video in the late 1980s digital media was just starting to appear as a tool in Finnish fine art universities. A true exception to the norm, Oja actively and restlessly experimented with a cultivated array of media ranging from photography to her current arena, digital projection. Video offered solutions or at least the promise of solutions. 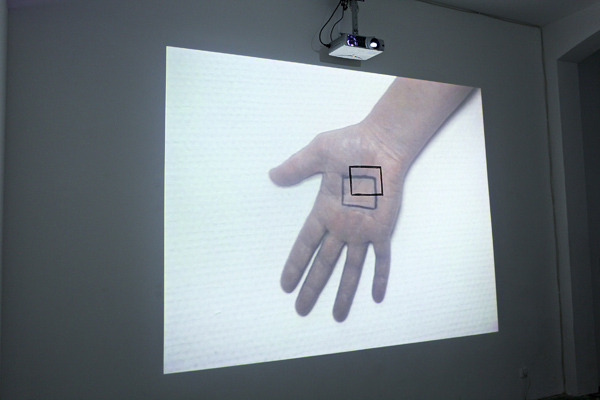 Oja’s situational sculptures, as she came to define her practice, struggle to resolve what the artist characterizes as visual situations or problems—referring to issues surrounding the reception of imagery. The images exemplified are inevitably melancholic. As Hanna Johansson explains in her essay on the artist, the viewpoint adopted by the videos “double as another you,” begging viewers to engage and reexamine.  Are these moments the site of meaning? They offer a chance to engage in a different kind of slowed deconstructed visual that acts mimetically more like dialog, blurring the lines between the internal and external, creating a third space of interpretation. The creation of this third space is perhaps what lends Oja’s work a surreal quality. Susan Sontag said of photography that “what is surreal is the distance imposed, and bridged, by the photograph: the social distance and the distance in time.” This is also true of video in the case of Marjatta Oja. Time, knowledge, observation and conclusion seem to be collapsed into one plane activated like a mirror within a mirror by viewer’s observation. Working in layers, perpetually splicing and dissecting moments the tension between planes opens up, yielding the inevitable third space between them. This middle ground between documentation and allusion is where Marjatta Oja’s practice is comfortably nestled—grappling with imagery, rejecting passive viewing and threatening two-dimensionality.