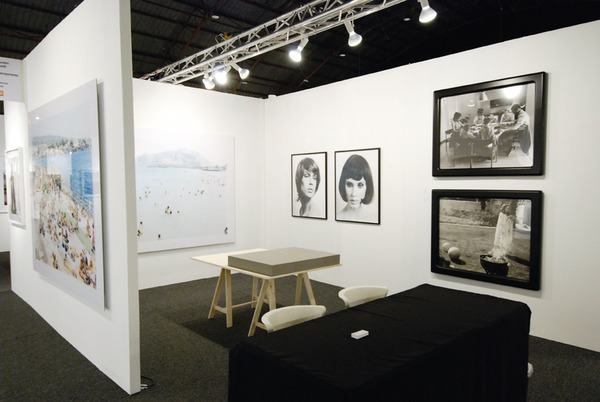 Does photography matter? More than any other medium in contemporary art, photography is perhaps the most separate and simultaneously the most integrated. The perennial theoretical problems that hinder photography’s place in the realm of fine art have been around since the medium’s inception, and don’t seem to be anywhere near resolution. Perhaps that’s what makes the medium so interesting (and so frustrating) to many critics and historians.

In her 2010 book The Cruel Radiance, Susie Linfield brings up the question of why photography critics seem to “hate” photography—including Sontag, Sekula, Barthes, right back to Walter Benjamin and Siegfried Kracauer—or at least treat it with a measure of outright suspicion and distrust. Her book is primarily concerned with examples of photojournalism, however, photographs documenting war and suffering, not necessarily fine art photography. So perhaps she would be delighted to know that, as far as fine art photography criticism is concerned, something along the opposite lines has been published with Michael Fried’s Why Photography Matters as Art as Never Before. As Fried said in a recent interview, “I don’t feel the emotional tenor of [my] book has any grief in it – I enjoyed writing it too much…My own sense of the emotional tonality of that book is something like glee.”

Characterizing a text on photography as “gleeful” generally goes against the grain of most photo criticism, and perhaps the difference is that Fried is not a photography critic, but rather a somewhat disaffected painting and sculpture critic, from the Greenbergian school of thought, most famous for his 1960s critiques of minimalism which were heralded as a death-knell of high Modernism. For Fried, photography has re-ignited a passion in art for looking, in contrast to art modes descended from conceptualism: “You don’t actually have to look very hard at a Joseph Beuys exhibition. You don’t look hard at Young British Artists. You don’t look at a Damien Hirst; you go in and have whatever little trivial frisson that junk generates,” he says.

At Photo L.A. Fried will moderate a panel discussing his book, featuring Walead Beshty, Russell Ferguson, James Welling, and Charles Ray as panelists. It’s sure to be a fascinating, perhaps even “gleeful” discussion. And the fair’s offerings will surely present opportunities for looking deeply at photographs—here are a few of our picks for the fair: 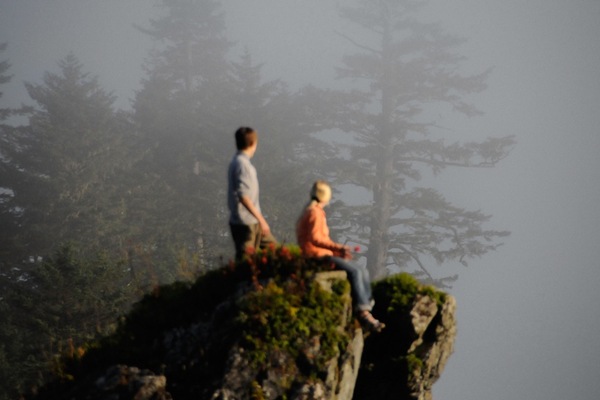 Los Angeles’ Blythe Projects presents the work of Siri Kaur, an artist who moves adeptly between portraiture and evocative landscapes, digital and alternative processes—as in her “Half of the Whole” series of distant galaxies captured with a digital sensor attached to a Meade solar telescope and altered through darkroom experiments. Blythe Projects will also be showing a selection of work from her two series: “Alter-Ego” and “Know Me for the First Time”—the former a series of portraits of celebrity- and superhero impersonators, and the latter a seemingly unconnected series of portraits, misty landscapes, and photographs of predatory birds—both of which share the same sense of pathos, stillness, and vague feelings of disappointment mingled with desire.

In many ways, video and film share some of the troubling aspects of photographs when it comes to visual art. Young Projects, Los Angeles’s premier venue for moving imagery and large-scale video projections from artists such as Gary Hill, Michael Snow, Christian Marclay, and Roman Signer, will present a selection of video works at Photo LA. Paul Young maintains that “moving imagery will become increasingly important in the history of fine art,” and encourages the viewing of video and film as a “concrete art form” on a par with painting, sculpture and fine art photography. For Photo L.A., Young has curated a selection of seven artist-made videos running in constant rotation entitled "Break, Scratch, Drop, Flow: Contemporary Art Photographers, the Post-Photographic and the Moving Image," featuring an international roster: Ulu Braun, Anthony Coicolea, AEAEAEAE and Hans-Henning Korb, Hannu Karjalainen, Roy Menachem Markovich, Nira Pereg, and Mark RaidPere. Every day at 12pm they will also be screening Bill Morrison's latest feature length film, Spark of Being, 2012. 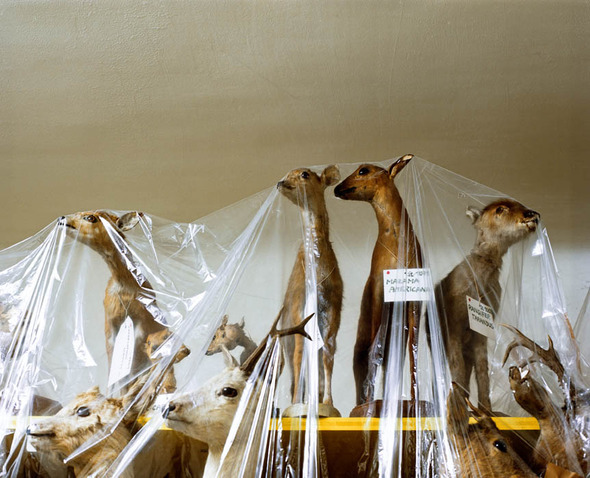 Also worth a look is the photo project “destroyed” by electronic musician-DJ-photographer Moby, who played at Photo L.A.’s opening night party. The work—minimal compositions shot in empty parking lots, deserted airports, and lonely hotels, interspersed with ecstatic photos of enraptured, dancing fans—arose from bouts of jet lag and insomnia brought on by intensive touring.

Some other galleries to seek out at Photo L.A.: from Los Angeles, the young gallery One Hour Cleaners will present work from Siri Kaur alongside Peter Hujar, Larry Clark, Weegee, Louis Faurer, Annette Kelm, and others; and traveling from Berlin, galerie OPEN by Alexandra Rockelmann will present the work of artists Klaus Pichler, Jeffrey Teuton, Florian Japp, and Twig Capra. Above all—enjoy looking.

Posted by ArtSlant Team on 1/16/12
Tags: critique installation photography
ArtSlant has shutdown. The website is currently running in a view-only mode to allow archiving of the content.