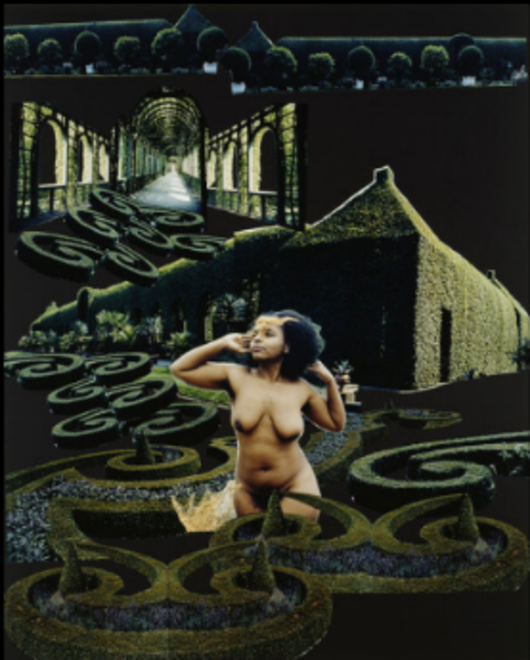 Brooke's "Tit for Twat" - Not at the Bucharest Biennial

- Felix Vogel from a conversation with Markus Miessen (July 2008)

Until November 14, 1996, Romania’s Article 200 stated that sexual relations between persons of the same sex were “punishable by a prison term between one and 5 years.” Public displays of homosexuality were still illegal until the complete repeal of Article 200 in June 2001. Remarkably, in 2006 the Human Rights Watch commended Romania in its “exemplary progress” in gay rights. This was due in large part on Romania’s wish to comply with EU regulations. But, how far can we realistically expect a virulently Orthodox society to advance in less than a decade?

Not very far, it seems.

Details are not forthcoming from the Museum, but what has been reported is that as the work was being installed, Marcel Maruntiu, the director of the museum, having become aware of the work’s content, insisted that the work be removed. In a statement issued by BB4, the museum cited the “presence of pornography.” According to an AFP newswire, Maruntiu went on to state, “With all my esteem for artists and their means of expression, we must make a distinction between censorship and matching works on display with the purpose of a location.” His reasoning was that the work would be inappropriate for children who constitute 80 percent of the museum's attendance. An alternative to the removal was not offered by the National Geology Museum.

Who has become eerily silent are the curator Mr. Vogel, and the co-directors of BB4, Razvan Ion and Eugen Radescuof. According to Brooke’s publicist Tracey Paleo, at the urging of an American Embassy liaison a press release was eventually issued by BB4 that said, in part, “As the team of the Bucharest Biennale we will stand for the freedom of speech and the freedom of the arts and we will speak our position loud and clear any time the situation will require this.” But since then, no other public statement or support has been made.

Could a compromise have been reached? If it’s true that the director was only trying to shield young eyes from what could have been misconstrued imagery, tthen could he have ordered a guard to warn the unsuspecting public of the works content?

During the days of Jesse Helms – and more notably, the days of the “Velvet Revolution”, cultural theorist Carol Becker wrote extensively on the rights, roles and responsibilities of artists in society. She argued against the idealization of the romantic freedom of the artist. Artists (and curators), she felt, needed to be aware that their work may elicit negative responses; and, while that is no reason to NOT make the work, the art world must be prepared to react to any negative response and intelligently defend the work. It was due to his societal engagement that censored playwright and human rights activist Vaclav Havel was elected President of Czechoslovakia in 1990. Becker would argue that more than pointing out cases of censorship is required of us.